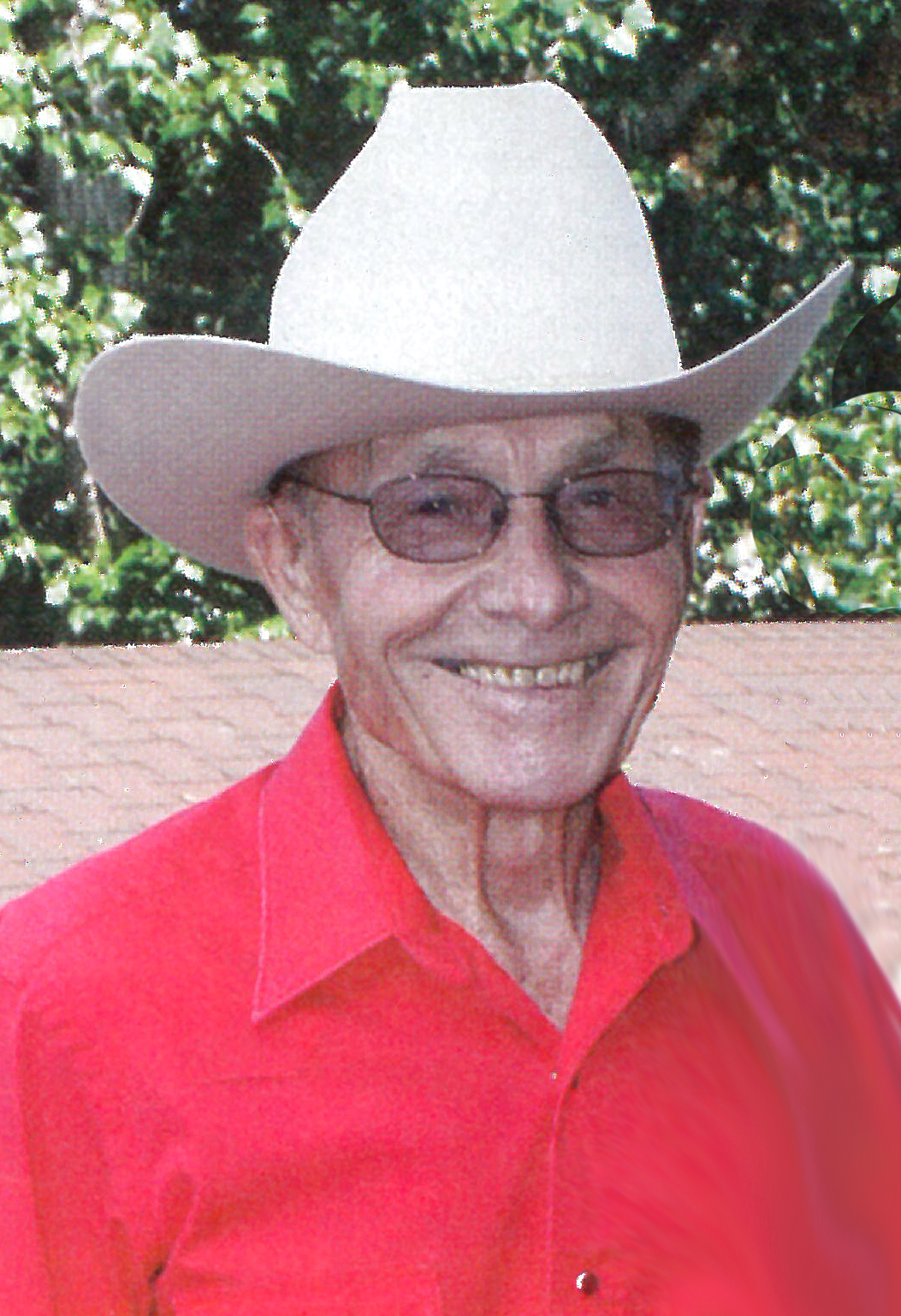 Posted at 17:41h in Uncategorized by staff 7 Comments
Share: 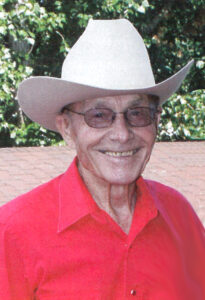 A Mass of Christian Burial will be held at 10:30 on Thursday, July 28, 2022, at the Ascension Catholic Church, Bismarck, ND.  Burial will follow at St. Mary’s Cemetery. A livestream of the service will be available on the Bismarck Funeral Home Facebook page.

Visitation will be held Wednesday, July 27, 2022, from 5:00-7:00 PM at Bismarck Funeral Home, with a Vigil Service and a time of sharing at 7:00 PM. Visitation will continue at the church one hour prior to the service on Thursday.

Aloys “Al” was born at St. Alexius Hospital on March 29, 1926, the 5th of 14 children to Anselm and Deonella (Braun) Ternes. Al told this story relating to his birth. His family had never had a car, so while his mother was in the hospital having Al, his father went to a car dealer in Bismarck and bought a new car. The story goes that Anselm paid $750 cash out of his bib overall pocket. Problem was Anselm didn’t know how to drive. So, the car salesman took him out of the Mandan city limits, taught him a bit about driving the car, and left the car there. The salesman took Anselm back to the hospital to get baby Al and his mother, drove them out to the waiting car, and they went on home to Shields. Al said his father bought the car because he was such a good-looking baby. He was also the first child to be born in the hospital.

Al grew up on the family farm west of Shields, ND, not far from the original Ternes homestead settled by his grandfather Rochus. He went to school in a country school through the 8th grade. He worked on his father’s farm until he got married. He felt a great responsibility to help at home while his older brothers were serving in the military. His father Anselm got his first tractor while Al was still at home. Al learned to operate it; an accomplishment after working with horses to farm. Their family experienced a devastating tornado when Al was 9 years old, and he spoke often of helping to rebuild. Al remembered working beside his grandfather Rochus Ternes during this time, saying he learned so much from him.

Al married Alice Gustin in Flasher, ND on October 10, 1949. They met at a dance in Brisbane, ND. They lived in Shields while raising their family of 7 children and farming and ranching. Al considered Shields his home and spent many days there even after retiring into Bismarck in 1990. Al was known for his ability to repair vehicles, farm machinery, and almost anything else. He attributed his success in farming and ranching to being able to do his own repairs. He also considered it a challenge to figure out how things worked, and rarely gave up until he did.  Despite the long hours that the farm required, Al took time to teach his children that rest is necessary, reading is crucial, and playing games, learning hobbies, and generally doing things as a family were important. His patience seemed to have no end as his 7 kids tested him often. Gathering bones for painting, hunting for rattle snakes, pulling his kids in a car hood behind our faithful farm horse over the snow, and sneaking a new calf into the basement to teach his kids how to feed it back to health, he never ran out of ideas.

Even as adults he reminded his children to learn something from every experience. That wise advice continued to his grandchildren. He took time to know them individually and believed in all of them, even during troubled times. His positive attitude and words of advice are cherished by his family. Despite his small stature, he was seen as a giant in the eyes of his family. He took his role as the family leader seriously and enjoyed it thoroughly. Al had a vivid memory of his past, was a great storyteller, and was always ready to share them with the family.

Dancing was Al and Alice’s enjoyment for all their years of marriage until the last 6 months. They traveled throughout ND and out of state to attend Polka Fests. During some of those occasions they danced every number that was played. They made many friends during this time. He knew dancing well but only learned to polka at the age of 53. He was proud of earning awards for their dancing. They traveled and cruised numerous times and thoroughly enjoyed that. Even though he worked hard, Al believed strongly in enjoying life and having hobbies, of which he had many.

Al loved to fish and never wanted to throw any back!! He played the game of shooting pool and in retirement had special friends with whom he played pool every week. He spent his time in his workshop making wood treasures for his family and small benches for hospitalized children. He especially loved using different kinds of wood. Another art creation he excelled at was making creatures out of dried animal bones. He bleached and painted them according to what he thought the pieces resembled. His family admired his ability to create, often using unusual items such as orange peels, seeds, shells and nuts. Al also enjoyed taking photos; he owned a camera since he was a young adult and took many special photos starting with Alice as a teenager. That hobby carried on throughout his life and went on to include video recording. Al was thrilled when camcorders became available and has many home videos he and Alice enjoyed watching in later years. Al was interested in so many things in life; he was an avid reader, loved attending auction sales and sometimes came home with too much “stuff”, and he fixed up and sold many farm items, just for enjoyment.

Al loved his home in Bismarck and often said “I never thought I would have it this good and comfortable”. He was satisfied with a simple modest home and wasn’t influenced to gain things that were “unnecessary”. This trait was taught to him by his parents and served him well all his life. Al considered himself fortunate to “have such good neighbors” all the years at their Bismarck home. Al will be missed and remembered for his sharp wit, quiet demeanor, warm smile, and encouraging words.  Al was “one of a kind”.

Al and Alice are my parents neighbors, Al was a wonderful man, he will be truly missed, I gave Al and my Dad many rides to the Senior Center to play pool with other friends, he was a joy to be around, a great talker and sharp as a tack!! Rest in peace Al.

Dear Alice and family,
Where do we begin to express our heartfelt grief over the loss of our dear friend and wonderful neighbor Al. Yes, he truly was one of a kind, our lives have been enriched for having known Al. Dick along with Al and Ron spent many hours playing pool the fun they had can not be measured, Dick will always treasure those times and the friendship they shared. Our wonderful memories of Al and Alice “cutting” a rug at dances was such a joy to watch. He was a sharped dressed man in his hat and boots. Will see you again one day my friend and until we can play that next game of pool, Bette and I would like Alice and the Ternes family to know that “Old cowboys never died, they just ride a different trail.” Good Bless You all and Alice remember we are just a few doors away if you need anything.

Dear Alice and the Al & Alice Ternes family,
We are all sorry for your loss and wish you the best. What a beautiful tribute to Al via his obituary. Our families have been intertwined for as long as I can remember. I remember spending many Sundays at your home in Shields, having a meal and you and Al and my parents talked a bunch and played cards and us (the kids) futzed around. Alice, you were a very good friend to my mother, Caroline, thank you. I hope you are well. And Harold introduced Shirley to Pete, her husband, while attending NDSU. (He wasn’t even a part of the gatherings we had with your family). We thank you for your support of our family and all of the good times you and our parents experienced together. Our thoughts are with you in this time of change. God Bless You.

Oh, and Evy and Ron — thank you for including Caroline in your butchering events — she really enjoyed it and was glad to help.

Alice you and your family are in my thoughts and prayers . May your many memories of Al bring you comfort in the days to come !! Linda Thomsen

Sincere Sympathy to the Ternes Family from the George and Bea Umber Kids.
Our friendship with the Ternes family goes way back to the Shields days when we were neighbors. Al was always working, however he had time for friends either to visit or help out if needed. He made items out of a cedar tree from our yard and gave them to us as keepsakes. He will be missed

Alice and family,
I was saddened to hear of Al’s passing. I have and always will cherish the dances we shared and of course his jokes. Remembering Al will always bring a smile to my face. May he rest in peace and God comfort you thru this difficult time.