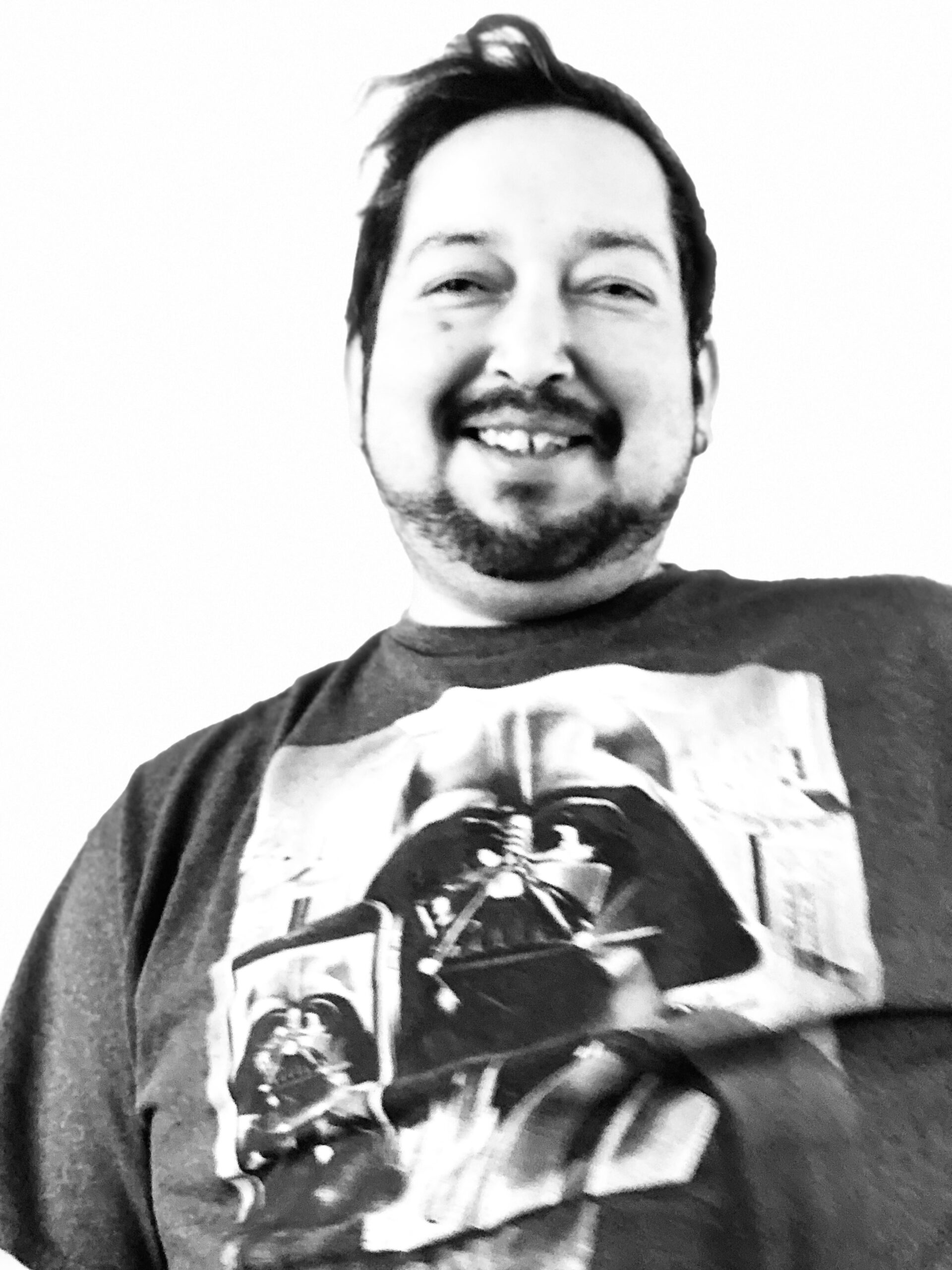 Posted at 20:53h in Uncategorized by staff 6 Comments
Share: 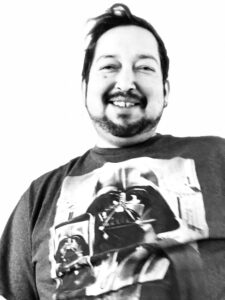 Keith Wayne Price Jr., (Waruhhatunu, Rabbit’s Path) was born to Keith Wayne Price, Sr., and Teresa Wilkinson Price on November 22, 1981, in Bismarck, North Dakota after dragging his parents out of a concert and into a delivery room. Dad got his Small Guy and he joined the gang on Arbor Avenue. The family moved from Bismarck to Ft. Yates, then White Shield as work brought them home to Ft. Berthold and country living on the Rez.

He should have come with a warning label because he was the child to watch, full stop. He was into everything that little boys delight in. Fireworks, swordplay, video games; he lived the full life of a kid at play and was the founding member of the Cool Dudes.

Keith’s early days of bumpy bus rides down dusty roads, rolling with his homies, and country living by the lake fostered his love for camping. He was the ring-leading swim coach, spending summers at the lake and stalking pow-wows. Dad thought he would follow in his footsteps Grass Dancing, but Keith opted for a guitar.

He lost his father on January 1, 1997, to the wretched beast that is cancer, and the family moved down to Tulsa where they could rest from the heaviness of loss. They returned to White Shield where this musical savant (Keith) taught himself to make his guitar say everything he had inside. He traveled his own circuit with his band, Spirit Lies Broken, and his number one fan, Teresa Martina Price, who reveled in the mosh pit, rocking to the beat! His daughter Cayenne, spice of his life and artist in her own right, was born in the shifting wind on August 25, 2004. Losing his father at such an early age impressed a gentle love in his soul and made him an outstanding, compassionate and loving father.

He came to life when he met this cool chick named Ashlie Bieber at Kroll’s in March 2006, and by October she knew he was the one she would spend her life with. They hooked up in December that year, where a day melted into a week, and they never looked back. Envision Indiana Jones in a kitten tee meets fire-eyed Drummer Girl and it was one adventure after another. The look in his eyes told us all that the search was over. He found love. They were engaged October 4, 2008, one of many happy days and not-so-inside jokes they would share, “10-4, Good Buddy”. On September 16, 2015, they giggled and threw their wedding together, and in three weeks sealed the deal on the 7th anniversary of their engagement surrounded by loved ones in Lincoln, ND on October 4, 2015.

If there were a couple that sucked the marrow out of life, doing what made them happy: it was Keith and Ashlie Price! They loved to camp, rock, and roll so they did, attending countless concerts and easily saw over 100 bands together! They hit festivals at Harmony Park in MN; Summer Camp in Illinois; All Good in Ohio; Riot Fest was a riot in Denver; and they took a trip to Kansas City for a Tool concert – that’s love! And they have the babies to prove it: Izaiah Kendrix Price was born January 4, 2017 and their “lockdown baby”, Zoe Teresa Price, arrived September 15, 2020.

Keith was at home everywhere, but nowhere more than serving as Muscle at the Walrus! His friends and colleagues were family and he loved them all. He was at his essential best in that kitchen, and frankly if family were coming to town, we knew where to find him: hooking it up at the Walrus.  He truly had family there and sorely missed being able to cook in his last days. So props to his extended family, that of course includes Ashlie’s family who made them one of their own. The son they never had.

Keith contributed to a legacy of wellness promotion and disease prevention videos with GoodHealthTV produced by KAT Communications in Bismarck that are used throughout Indian Country.  He very much enjoyed working on these videos and was so excited each time he was offered a part.  He was a good guy, a real Cool Dude!

He lived life in a manner we can learn from. He was a man of sorrows, acquainted with grief (Isaiah 53:3); a love-seeking peacemaker; a gentle soul with a sharp mind, quick wit, and the best sense of humor. He would hold the deepest conversations; had the best sense of humor and a depth of compassion for the lonely and the lost. Everyone had a friend with him around and I dare say there is no person with anything bad to say about him. He left this life as he lived it, without an enemy. His friends were solid, especially Ben, who came to chop it up with him at the house during his treatments and shamelessly smuggled milk to his homie in the hospital – that’s friendship. And Jill, who checked up on them every 45 seconds or so, we should all be so blessed to have such wonderful people speak to Keith Wayne Price.

He got his last wish to be home with his family for one more night, then lost his own battle with the beast that is cancer on Wednesday, April 13, 2022, at 1:30-ish. In the middle of a storm that kept everyone still, the Lord came for him in a flurry, and he is at peace.

He was such a good friend, husband, father, uncle, brother, and cook! Oh my God, the man could cook…on a guitar or in a kitchen, it’s all the same to Keith. He will be missed, and we are thankful to have had the pleasure of his presence in our lives.

He was preceded in death by his parents, Keith and Teresa Price who welcomed him Home and he will lay at rest beside his brother Delancey. He leaves behind his utterly amazing wife Ashlie, and his progeny, Cayenne, Izaiah, and Zoe. His nephew Michael always had a special place in his heart. He is survived by his siblings Hyram, Lillian, Vanessa, Tara, Holly, Helen and Mary; and many nieces, nephews, cousins and his extended family through Ashlie. His many friends are a testament to his life and love.

Visitation will be held at 11 am, Monday April 18, 2022 at Bismarck Funeral Home followed by procession to the Ralph Wells Memorial Complex in White Shield, North Dakota for wake services, Rosary at 7 pm. Funeral 10 am Tuesday, then internment at the Immaculate Conception Cemetery in rural White Shield. In the words of our beloved Keith, “Love you, Bye!”

So sorry to hear of Keith’s passing. Always enjoyed when he came into KAT to do a video or record narration. Prayers and hugs to his family.

RIP Keith! You had such a kind soul and friendly smile. Prayers and Hugs to your Families ❤

Dearest Ashlie, your Mom just told me. I’m so deeply in shock and sadness. We became friends at the Walrus and as cool “grilling” neighbors. I remember he said I made his whole camping cookouts with the cast iron Emeril grilling plate that he said he’s Always wanted. One of my many great “thrift store” finds. I’m quite certain Keith will have many Awesome “cookouts” in Heaven. R.I.P. my fun and sweet friend. Jo.

This obituary is perfect! I knew Keith from working with him and Ashlie at Kroll’s and I watched their love story start. Those two were perfect for each other. Both free spirits. I had a blast working with both of them. Keith was a very outgoing, funny, and positive person. There were only a few times in the years I worked with him that he was not 100% happy and even then, he was still a positive person. More people like that are needed in this world. My thoughts and prayers go to everyone he has touched and left a positive memory for and mostly to his wife and children. Rest in Peace Keith!

So sorry pleasure to have meet him

I didn’t get many opportunities to interact with Keith, but during my 5 years as the Director of GoodHealthTV I felt like I got to know him through the many videos that came across my desk. Very sorry to hear of his passing, but I know he left an impact on the world and hopefully through his talent of acting made a difference in the health of numerous people!