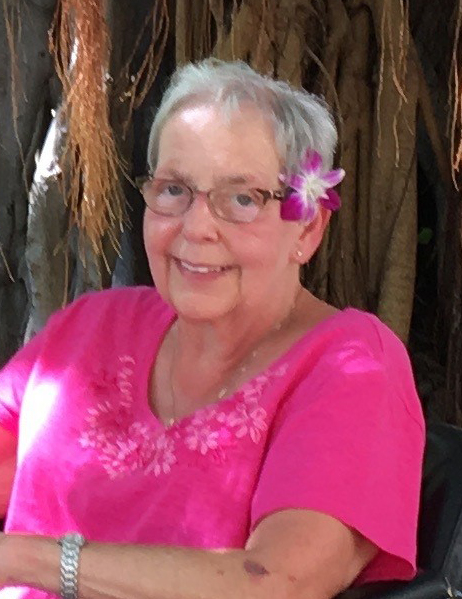 Posted at 19:46h in Uncategorized by staff 0 Comments
Share: 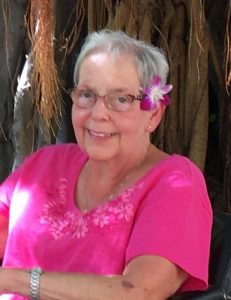 Virginia “Ginnie” Chaussee now has the best seat in the house to watch her beloved Atlanta Braves. She died peacefully in her home on Tuesday, March 9 after putting up a heck of a fight. We have no doubt she was in heaven as she was dying because she was surrounded by her husband, three boys and several grandchildren as she took her last breath. Ginnie was 79.

Ginnie grew up in Trinidad, CO and lived there with her parents who owned a local bar-b-que where she learned how to cook. She brought that southern flavor with her to North Dakota and her friends and family loved her cooking. One of the best gifts she gave the girls in her life was a home-made cookbook of all her secret recipes.

She used to tell a story about the day her mom took her to nursing school in Pueblo, CO. On that day, she saw a good looking, crew-cut wearing fellow walking ahead of them, pointed and told her mom that she would someday marry him. His name is Daniel Chaussee. They were married 57 years.

Dan and Ginnie lived in North Dakota, Colorado, New Jersey, Texas, Iowa, Maryland, and Germany while Dan served in the U.S. Army Nurse Corps. Ginnie especially loved their time in Germany where she met life-long friends and got to see the wonders of Europe.

Her three boys continue to make fun of her golden rules, including early curfews well past high school and an expectation that they will be home for supper. Even when they frustrated her at times, she was relentless in supporting and defending them (sometimes when they did not deserve it).

When she was having fun, she was bowling with Dan and her mother-in-law Margaret, watching the Atlanta Braves (and cursing the “Damn Dodgers”), staying up late watching video-taped soap operas, and sharing her collection of Cary Grant movies. And always, she had an ice-cold Coke (with a little wedge of lemon) in her hand.

Funeral services will be held at Bismarck Funeral Home at 1:30 p.m., Monday, March 15. The burial will take place immediately following at the ND Veteran’s Cemetery. If you are unable to attend, the service will be live streamed on Bismarck Funeral Homes Facebook page.

Ginnie is survived by her husband Dan, three boys Mike, Kevin, and Bob (and their spouses), and eight grandkids.

Our deepest sympathies. In our prayers! Sheryl Fleck and Carson too!
Sheryl Ann Fleck
Print page