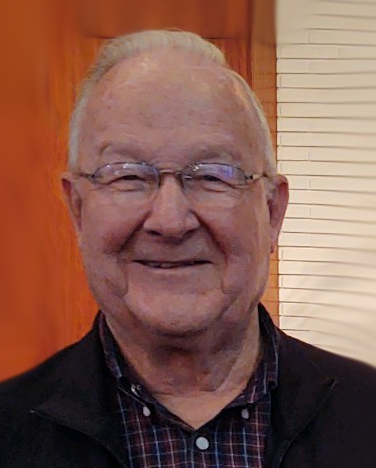 Posted at 19:15h in Uncategorized by staff 7 Comments
Share: 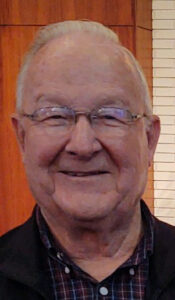 Thomas (Tom) Oswin Schmitz passed away November 2. He will be greatly missed by his family and friends, but we know he is rejoicing in heaven because of his deep faith in God.

A Mass of Christian Burial will be held on Monday, Nov. 7, 2022 at 12:30 p.m. at Cathedral of the Holy Spirit.  Burial will be held at St. Mary’s Cemetery, Bismarck.  A livestream of the service will be available on the church website, https://venue.streamspot.com/event/MzUxMTI1NQ==.

Visitation will be held from 5-8 p.m. on Sunday with a Rosary/Vigil Service at 7 p.m. at the Cathedral of the Holy Spirit.  Visitation will continue one hour prior to the service at the church.

Tom was born December 21, 1938, to Oswin and Josephine Schmitz. After growing up in Golva, North Dakota, and graduating high school in 1956, he served in the U.S. Army. He returned from the Army and married the love of his life, Diane Bruski, on June 10, 1961.  They lived in Fargo and Tom worked for International Harvester. Together, they raised four children, Mike, Bob, Dan and Sheryl. He graduated from NDSU with a major in business economics in 1971.

Tom and Diane moved from Fargo to Bismarck in 1971, where he was a partner in Haas International, which then sold out to Red River International. It was eventually known as Nelson International, and Tom stayed on in sales until his retirement in 2005.

The family created many memories camping before buying a lake home on Lake Tschida. Tom will be lovingly remembered for his ‘puttzing’ around the cabin – always fixing something, his calm spirit and ability to make friends with anyone he met. Tom and Diane also enjoyed spending winters in Apache Junction, Arizona, during their retirement. Tom was preceded in death by his parents, Oswin and Josephine Schmitz and a grandson, Ryan Schulz.

He leaves behind his wife of 61 years, Diane, and children Mike (Janel) from Bismarck; Bob (Anne) from Wichita, Kansas; Dan (Andrea) from New Salem; and Sheryl (Duane) Schulz from Bismarck, and one sister, Mary Colling from Bismarck.

He enjoyed and was so proud of his grandchildren and their spouses, Jason and David (Kate), sons of Mike and Janel; Nic (Mandy) and Kersten (Tim), children of Bob and Anne; Dan (Terri), Jim (Leslie) and Alex, sons of Dan and Andrea; and Jonathan, Jessica (Ryan) and Lori (Wendlin), children of Sheryl and Duane; and his 11 great grandchildren.

In lieu of flowers, the family prefers memorials to Light of Christ Catholic Schools, God’s Child Project or Cathedral of the Holy Spirit.

My love and sympathy Diane and family, on the death of dear Tom. Tom the son of Oswin and Josephine Schmitz, whom I knew well and ministered to at the time of their deaths. What great people Tom and all of you are. Sorry for your loss. May you find comfort and peace. Sister Ivo Schoch

The entire Schmitz-Holmstrom Family is thinking of you. We enjoyed seeing Tom’s face at the office and know how much he meant to your family. He will be missed.

So sorry to hear about Tom passing,thinking of you all

Our sincere sympathy to Diane and family. We have such fond memories of Tom while being neighbors with him and Diane at Lake Tschida. Prayers and much love to you as you grieve the loss of incredible man!

My sincerest condolences go out to each and every one of you, especially you, Aunt Diane. Uncle Tom was probably the best person you could ever meet in a lifetime. He was always open to a good conversation, a game of cards, or just hanging out and enjoying the scenery. A man of knowledge, faith, love of his family, and country, who touched a lot of lives in one way or another. Heaven gained an angel and I know he’s looking out after all of you. Rest in Peace, Uncle Tom, rest in peace.

We are so sad to hear of Tom’s death. He was such a faithful servant of God; opening up his garage for lake Mass when the weather was not good. We have missed him and Diane at the lake since they’ve sold their lake home. He was positive and always friendly; always concerned about other people. Sending our condolences and prayers for the entire Schmitz family.

So sorry to hear about Tom ! Glad we had such a nice visit at Vicky H. Service! He was always such a kind caring cousin!! He will be missed!! Prayers for all of you at this time!!