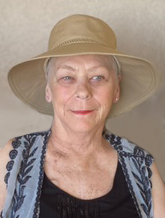 Posted at 17:53h in Uncategorized by staff 0 Comments
Share:

Sheree Grenz, passed away on March 11, 2021 at a Bismarck hospital.

A private funeral service will be held for the immediate family at the Bismarck Funeral Home.

Sheree Jo Grenz was born on June 28, 1954 to Albert and Arlene Grenz in Linton, ND. She spent her childhood developing a keen sense of freedom while traveling the country, as her father’s work as an electrical lineman kept them on the move. She married Roger Krumm in 1971 and they lovingly raised two daughters, Bridgette and Erika. She and Roger eventually separated and Sheree began working in the wind towers energy field. She was recognized as a leader among her fellow workers, who often said she had “a lot of moxie” due to her grit and work ethic. She was remarried in 2000 to her self-described ‘best friend’ Cory Howery and the couple recently retired to Linton. Tragically, her life on this earth was cut short by a battle with cancer. Though she fought with valor, she eventually succumbed on March 11, 2021 at the age of 66. She is already missed by all those who knew and loved her. She will remain in our hearts and among us forever.

Sheree is preceded in death by both her father, Albert Grenz;, and brother, Doug Grenz.