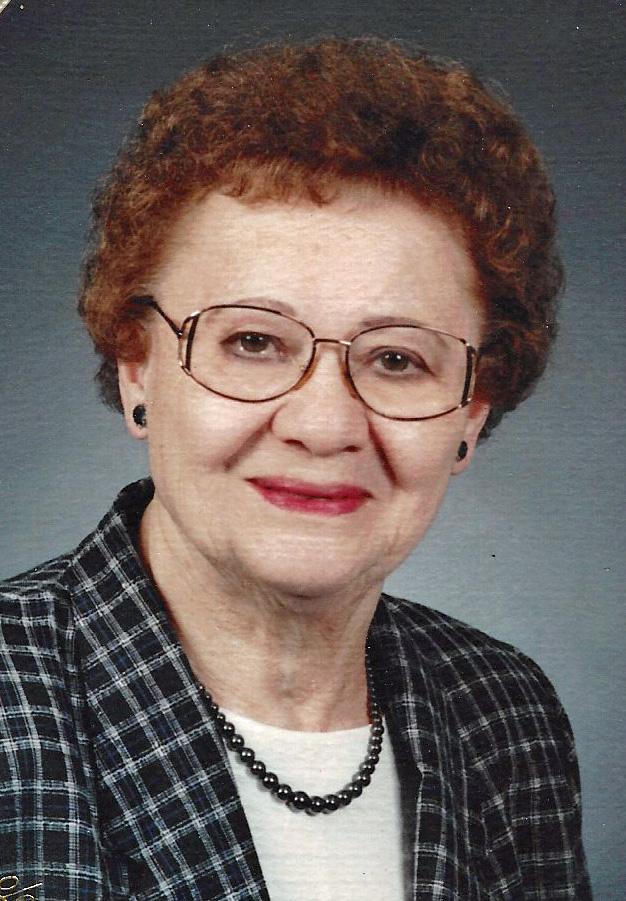 Posted at 19:35h in Uncategorized by kkbold 0 Comments
Share:

Ruth was born on October 10, 1922 in Linton, North Dakota.  She was the daughter of the late John J Renschler and Elizabeth “Lizzy” (Schlecht) Renschler.   She was the oldest of seven children and attended school in Linton.  She took great pride in graduating from high school although it took an additional year due to a near death illness.  She then continued on to become a teacher in Linton for two years. After teaching she started work at the First Bank in Linton and transferred to The First Bank/US Bank in Bismarck which she was employed from December 1958 until December 1982.

She married Victor Baumgartner and had two boys, Les and Vic.

In 1970 she married Art May and when retiring from the bank she then went to work at his business, Mays Camera and Model Shop until the closing of the store in 2006.  She was known for always being busy and we learned that three people could not keep up with what she would do on a daily basis.  She loved her flowers, gardening, canning, baking, and some traveling… but most of all she loved Christmas when all the family would gather at her place.  Ruth was an amazing woman.  She lived her life to take care of her family and always put her family first.  She will be greatly missed.