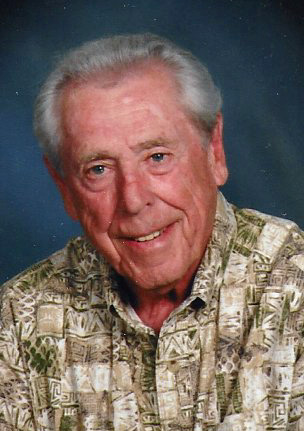 Posted at 19:29h in Uncategorized by staff 0 Comments
Share: 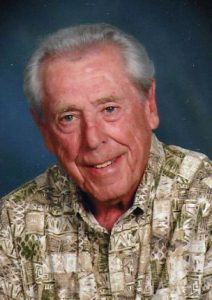 COVID-19 may have taken his body, but it could not win his mind or his spirit. Roland Haux came to rest at Sanford Hospital on Saturday, August 15, 2020, after visits from family.

Roland “Rollie” Haux was born July 3, 1934, in rural McClusky, to Christ and Katherine (Burkhart) Haux. He graduated from McClusky High School and was drafted by the Army in 1953. He trained at Fort Riley, KS, and became a medical specialist at the 371st Evacuation Hospital in Fort Sam Houston, TX. On his 21st birthday, he married Luella Nathan in Tuttle, ND. They moved to Wahpeton where he studied printing and journalism at ND State College of Science. In 1957, they moved to Bismarck where he was a printer at Commercial Printing before becoming a salesman for 20 years at Quality Printing (Bismarck Tribune).

Rollie was a born entrepreneur and was especially proud of his work in co-founding Cross Country Courier and Fronteer Directory. He retired 20 years later. Rollie served as the local and state President of the Jaycees and was honored in the first edition of the “Outstanding Young Men of America” in 1965. He was a lifetime member of the American Legion, Elks, and Amvets.

Passionate about sports, Rollie served on the board of the ND Amateur Basketball Inc. for 30 years and was inducted into their Hall of Fame. He was a softball pitcher for 35 years and hung up his glove at age 62. He and Lou enjoyed bowling, camping, and many years at their Brush Lake cabin. Lou passed away suddenly in January of 2000 after 44 years of marriage.

Later that year, Rollie and Gloria T. Olson began their 20 year partnership. The two spent many winters in Lake Havasu City, AZ, golfing and making lifelong friends. They enjoyed playing bingo and were loyal fans of the Twins, Vikings, and Bison. They created a beautifully blended family that Rollie was immensely proud of.

He is preceded in death by his parents; brothers Harold, Ervin, Emil, Melvin, Lavern and sisters, Luella and Regina; wife, Luella, and his granddaughter Callie Jo Haux.

Rather than flowers, memorials may be given to the ND Veteran’s Cemetery and the Salvation Army per Rollie’s request.