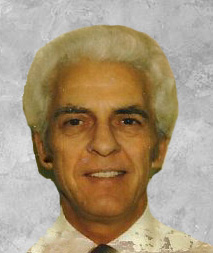 Posted at 14:24h in Uncategorized by staff 0 Comments
Share:

A memorial service will be held at 10:30 a.m. on Wednesday, September 16, 2020 at Bismarck Funeral Home.  Cremation has taken place.  Burial will be held at 1:00 p.m. at the North Dakota Veterans Cemetery, Mandan.

Ray was born on June 26, 1932 to Fred and Katie (Neff) Lauer at Pickardville, ND, and was raised and educated in McClusky, ND.  Ray served in the military during the Korean Conflict from 1952 to 1954. Afterwards he joined the Bismarck Police Department in 1956 to 1961, and later with the U.S. Postal Service, retiring in 1992.  Ray married Marcella Schuler in 1962.

Ray was a member of the American Legion for 62 years and the Eagles for 29 years.  He enjoyed bowling and antique collecting, especially his rummage sales where he met and enjoyed his rummage sale friends.  The best of times was going to his best friends and in-laws, Armion and Weezie Schuler, for the delicious German dishes they would prepare.