Posted at 16:07h in Uncategorized by staff 0 Comments
Share: 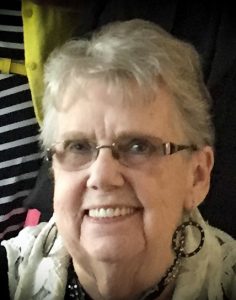 Patricia was born prematurely on the family farm north of Beach on Nov. 2, 1931. She was named “Baby Girl Hoeck” as she was not expected to live, but from the first day of her life, mom was a fighter. She was the fifth of 11 children born to Theodore and Lillian (Larson) Hoeck. Her intelligence and strong opinions proved to be a blessing (and a curse) throughout her life! Her one-room school teachers had her memorize poems to keep her occupied during school and she could still recite many of them to this day.

A dashing farmer from Beach, Dick Hardy, fell in love with this beautiful young woman and they were united in marriage on Feb. 9, 1952. Their first son, Rick, was born in December of that same year and Mom entered her primary life-long job as a Mother. A year later, she had Marilyn and 15 months later, Bob, who was also premature and more than a little colicky. Thank God for Gramma Lillian or Bob might have been a very young angel! Jayne joined the family in Dec. of 1957 and was the apple of their eye, until Gary showed up in Dec. of 1963!  Adorable Dan joined the clan in August of 1966. The surprise addition, Keely, was born in Feb. of 1973! Keely was doted on by everyone, as she was young enough that her oldest four siblings adored her and they, Grandma and awesome aunts cared for her the first few weeks of her life, since Mom had pulmonary emboli and nearly died after she was born. Mom’s children were her pride and joy. She loved being a mom and supported us in every venture we undertook, including things like being a den mother in scouts, a volunteer teacher in Sunday school, athletics, musical endeavors, etc. She and Dad both had a delightful sense of humor so the house was filled with laughter. They were also there to dry the tears when we hit the bumps in the road of life. Mom and Dad were the most supportive parents children could hope for, and we are very grateful for having grown up in such a loving home.

While Pat and Dick were immensely proud of their children, they were equally as proud of their amazing grandchildren and great-grandchildren, Sara and John (Jack) Patterson, Mike and Leah (Tyler and Zoey) Schmit, Brent Hardy, Amy and Logan (Teddy) Beise, Eryn and Isaiah Ehli, Richard Hardy Anderson, Whitney and Isaac (Anna and Kate) Sevlie, Emily and Bob (Benny) Messmer, Jake Hardy, Madison Hardy, Colton Turner, Connor Dutke and Ariana Dutke.  A visit from one of her loved ones made her happier than anything on earth, except maybe a good caramel roll or homemade caramel. She was a wonderful cook and always made sure everyone had enough to eat!

She was preceded in death by her loving husband, Dick, her son, Dan and daughter-in-law Jodi, her parents, and siblings, Helen, Margaret Ann, Bud, Bill, Rita, Colie. She was blest with a ginormous family and wonderful friends who will carry her love of life with them always.