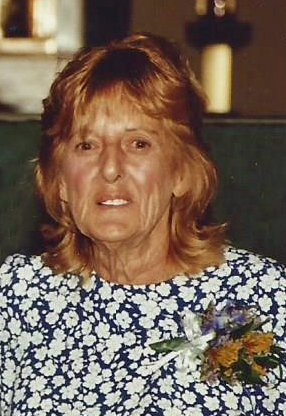 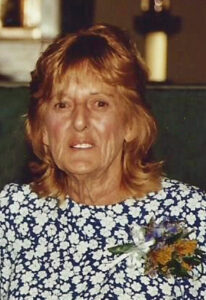 Miriam was born March 17th, 1941, the daughter of George and Gladys Berrill of Northampton England. As a young girl she remembered the sound of air raid sirens as England was being bombed. She went to primary school in Northampton graduating with numerous O-Levels.

While visiting RAF Upper Heyford AB in 1974 as a taxi driver, she met her future husband Darold and moved to North Dakota where they were married in Ross, ND on November 12, 1976. She once said the only reason she moved to North Dakota was because her husband described North Dakota as being like the Rockies. They lived in Fargo while he was attending NDSU and after his graduation she began a 15-year career as an Air Force spouse living in Biloxi MS, Rapid City SD, RAF Alconbury UK, Minneapolis MN, and Omaha NE. After his retirement, they relocated to Bismarck ND where she lived until her death.

She worked at various jobs but found her greatest joy was driving school bus or anything with 4 wheels. First for Laidlaw in Omaha, Nebraska, and then with Harlow’s in Bismarck where she also trained future drivers. She loved her kids and they loved her. She may not have remembered all the kids she transported, but they sure remembered the lady with the strange accent.

Her greatest joy in life were her children and grandchildren. She would visit them or they her as often as she could and when they came over to her house the first command to “Alexa” was to play “who let the dogs out”. Her trips to Arizona were to enjoy the grandkids there and the Arizona sunshine in the winter. She always ended every phone call with “I love you” and every visit with a hug. She reminded them often that she loved them more than they will ever know.

In 1988 she became a United States citizen. She said that after her children that was the proudest moment in her life.

She was a 40-year member of the UK Cavalier King Charles Club and the American King Charles Cavalier Club USA. When they were in England in 1983, she got her first two Cavaliers and so began a lifelong love affair with this breed. She always joked with people that “you couldn’t have just one” and anyone who ever visited realized just that when the Cavalier doorbell system barked to life with a knock at the door.

She was also a very talented artist, wrote poetry and created numerous ceramic and carpentry projects that will live on forever. She loved her speed car Mercedes nicknamed “Daisy May”, the Dallas Cowboys and her routine Starbuck’s stop for a hot Grande white chocolate mocha with cream.

She was preceded in death by her parents and sister-in-law Judy Baker and her beloved dog Gump.

In lieu of flowers, memorials are preferred to the Cavalier King Charles Rescue or any charity that you know Miriam would have loved.