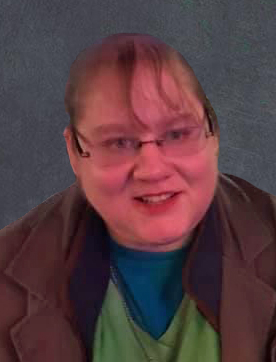 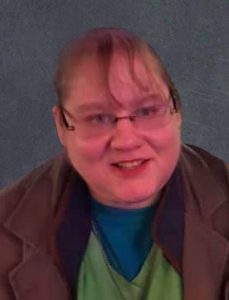 Melinda Goldstein, 43, Bismarck, passed away peacefully on December 14, 2020 at her home.

Melinda Joy Goldstein was born June 5, 1977 in Oceanside, New York to Freddy and Carole (Olsen) Goldstein.  She grew up in North Merrick, NY and moved to Bismarck in 1994.  She graduated from Bismarck High School in 1996.  She started working at Kmart in 1997 and worked there until they closed in 2019. Melinda loved animals and children.  She loved jewelry, vintage old movies, 80’s music, and trivia.  She had a massive doll collection that will be donated to area thrift stores at her request.

Melinda is survived by her Aunt and Uncle, Sally and Marty Olsen, Clifton, CO, her cousins, Holly (Mark) Jundt, Bismarck, Kari (Doug) Gillen, Fargo, and Amy (John) Bratteli, Fruita, CO.  She was blessed to have many loving caregivers including Pauline Dickerson, Becki McConnachie, Brett Schodel, and especially Mandy Keyser and her family.  Mandy took her under her wing and treated her as one of her own children.  Melinda’s Kmart family was very special to her as well.

Melinda was preceded in death by her Mother, Carole Goldstein, and her maternal grandparents, George and Eleanor Olsen, all of New York.  In lieu of flowers, donations can be made to Pride, Inc., Bismarck.