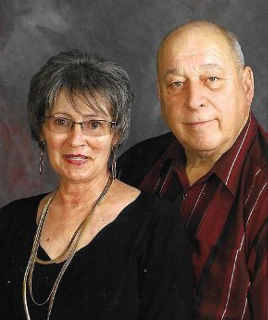 Posted at 20:24h in Uncategorized by staff 0 Comments
Share: 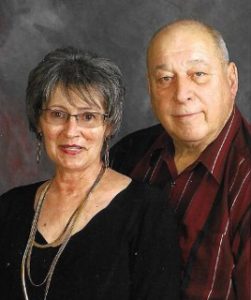 Marvin Kenneth Rau passed away August 8, 2020 in Bismarck, ND.  Marvin was born to Godfried and Minnie Rau June 20, 1939 in Harvey, ND,  Marv played basketball and football in school and graduated from Anamoose High School in 1956.  He worked on the railroad for awhile before joining the U.S. Marine Corps.  He was trained in Intelligence and played on the Marine football team. He served 2 years, but once a Marine always a Marine!  He married Arlene Hornbacher September 6, 1959 and they raised 3 children together. Early on Marv worked in a furniture store in Rugby, then bought the Rugby Livestock which he found to be his calling, Having gained some experience in the livestock business he partnered with his father in-law and brother in-law at the Minot Livestock. While in Minot he raced chariot and chuck wagon, which was his passion in life.  He ventured onto to sell real estate in Minot, Rugby and Lake Metigoshe. He also worked as a land man in Williston for several years. He finally settled at Lake Metigoshe where he owned a glass and paint shop, then added fiberglass flooring to his accomplishments. He expanded his fiberglass flooring business by opening a shop in Mandan where he mentored his sons and grandsons in the business.

Marv was the type of man who made friends everywhere he went and was loved by all. Marv and Arlene’s family are grateful for the wonderful life they gave them and the great memories over the years, hunting, fishing, riding horse, golfing and water skiing. Life got even better when the grandchildren were born. Marv and Arlene adored all the grandchildren and great grandchildren. Their children didn’t hesitate to travel several hours to spend a weekend with them playing games, boating and just being with them. Being an avid football fan, Marv managed the family football pool for several years.  Marv and Arlene had several awesome groups of friends who they spent time with over the years. Marv and Arlene were known to be great entertainers!

Marvin spent the last couple years in assisted living at Augusta Place in Bismarck.  He made many friends there and he spoke highly of the people who worked there and how well they treated him. His family appreciates that his final days were spent surrounded by such caring people.

Marvin was preceded in death by his wonderful wife,, Arlene who passed away February 2018; a son, Kent Dale who died at birth; his parents Godfried and Minnie (Berndt) Rau; father and mother in-law Alvin and Adeline (Helm) Hornbacher; sister Irene and her husband Emil Gross, and brother in-law Gordon Thon.  Marvin mourned the death of many friends.

Marvin is survived by his sons Kenneth, Bismarck, and Mark and his wife Diane (Krogen) Bismarck, and daughter Renae Rau, Bismarck. Grandchildren Nevin (Alicia Schmidt) Huizenga, Bismarck and their 4 children; Gerrit Huizinga (Alisha Larson), Mandan and their daughter; Tracie (Lydon) Rau-Blom, Carpio and their daughter; and Scott Rau, Fargo, and his daughter.  He will also be missed by his brother Clarence (Fern Knuth) Rau, Bismarck; and sister Leona Thon Harvey; brother in-law Daryl Hornbacher and his wife Heidi (Lang); and his many nieces and nephews.

There was a rumbling in the sky the evening that Marvin passed away. His family thinks he must have arrived at the Pearly Gates, which made us all smile.  Both Arlene and Marvin will be interned at the North Dakota Veterans Cemetery on August 11, 2020 at 1000 hours.