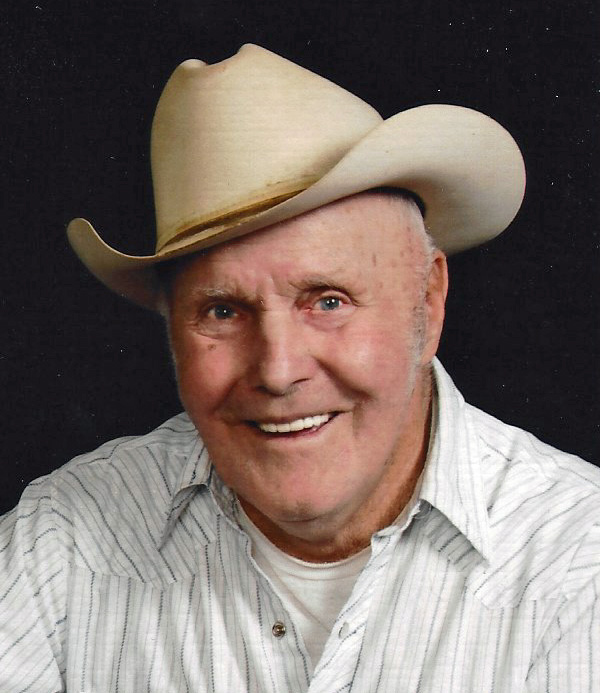 Posted at 20:50h in Uncategorized by kkbold 0 Comments
Share:

Our “original cowboy,” Marty Hagen, 94, died on June 9, 2019, in his long-time home on the Hagen farmstead, southwest of Wilton in the Painted Woods township. Revered by many as a man who always had a story to tell, endlessly and with impeccable detail, and dancing waltzes with his beloved wife, Donna, so graceful, you’d thought they were walking on air. Marty loved Grandma Donna and his family, farming, watching wildlife, eating ice cream, shooting the breeze, cursing with great flourish, repeating Johnny Carson jokes, wearing blue jeans and cowboy boots, hunting, and drinking Old Milwaukee. He hated eating chinese and mexican food, and rock music.

Marty was born on May 26, 1925, in the Painted Woods post office to Gunder and Alma Hagen. He said he arrived “special delivery.” He was the youngest of four siblings and the only living male. His sisters, who preceded him in death, were Louise Shepherd, Gunhilde (Tiny) Thompson, and Norma Thompson.

Marty grew up on his family’s farm and has shared many stories of happiness and love with his family, the farm, and neighbors. Being the only male descendent, he avoided the draft for World War II, although he wanted to and would have proudly served his country. He became the primary curator of the farm when his father retired to spend more time with his grandchildren. He continued farming for many decades with the help of his oldest son, Glenn, until he partially retired, inviting his grandson Bryce to continue his farming legacy when he was 88. He finally fully retired from his farm duties at the age of 93.

On Jan. 26, 1949, he married his true love, Donna Hartinger. Together, they created a formidable, unstoppable team until her death in 2006. They loved to dance, play cards, and go visiting with neighbors and friends. Marty lovingly cared for Donna before her death and talked about her daily for the 13 years they were apart.

Marty and Donna had five children Martin (Glenn) Hagen, James (Jim) Hagen, Grace Wood, Carol Hagen, and Cheryl Berg. They all fondly recall Marty as a loving father who never knew a stranger, a truly gregarious man who seemed to magnetically attract people to his enormous personality, and who loved to collect the stories of his community.

In the days leading up to his death he wisely noted that you must be strong to get old. He was grateful for a life well lived and having so many people to call his family and friends.

Marty is very likely currently waltzing in the clouds with his beautiful wife, Donna, his mom, dad, sisters, his son-in-law, Todd, his grandson, Josh, and many many more neighbors, friends, and relatives.

He will be adoringly missed by all of his children and their partners, Sandy Hagen, Rod Gigstad, and Calvin Berg as well as his nine grandchildren and their partners: Kelly Hagen and Annette Martel, Erik and Jessy Hagen, Erin Hagen and David Sapp, Mike and Ting Weir, Shelby Wood, Bryce Wood and Macy Hettich, Isaac Gigstad, Caitlin Berg, and Cara Gigstad. He will be forever (and ironically because he stayed so thin his entire life) be “Big Papa” to seven great-grandchildren: Izabel, Ellie, Eva, Ayla, Thomas, Mox, and Paul.

If you would like to join us in some ugly crying about his death and celebrating his beautiful life, there will be a visitation at Bismarck Funeral Home on Thursday, June 13, 2019, from 5:30-7:30 PM and a funeral and burial service at Sunne Lutheran Church on Friday, June 14, 2019, at 10:30 AM.