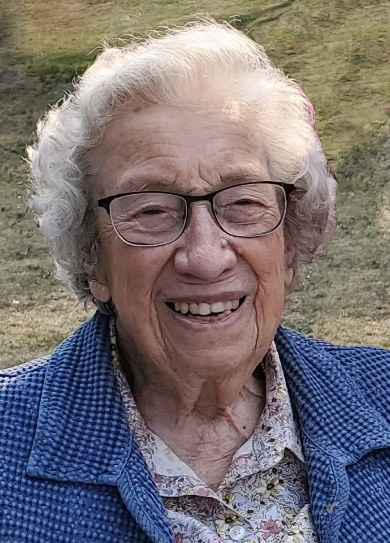 Posted at 16:58h in Uncategorized by staff 0 Comments
Share: 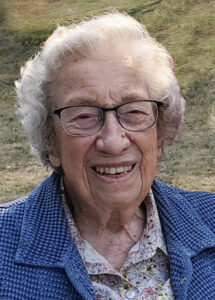 The memorial service for Lilian will be at the United Church of Christ, 1200 East Highland Acres Road in Bismarck on Friday, September 10, 2021, at 12:30 p.m.  A Livestream of the Service will be available on the Bismarck Funeral Home Facebook page.

She was born in Newport, Isle of Wight, England, on October 18, 1922, to George Osborne and Frances Cooley Osborne.  Lilian joined the WAAF (Women’s Auxiliary Air Force) during World War II and met her future husband, Herbert Wilson, at a dance at the Red Cross Club.  They were married on the Isle of Wight on January 20, 1945.

After the war, Lilian came to America and lived in Massachusetts and Florida before Herbert was transferred to Elbowoods, ND, in 1952, as a public health doctor for the Indian Health Service.  The inundation of Elbowoods by the Garrison Dam necessitated a move to New Town where Lilian and Herbert lived for the next 45 years. She raised six children, ran the household, established the New Town Library, worked as an office manager at the New Town Health Center, and did endless gardening, knitting, and sewing including her daughters’ prom and wedding dresses. She loved to read and followed professional tennis and golf.

Upon retirement in 1995, Herbert and Lilian moved to Bismarck and Lilian became an active volunteer at the State Library and the Heritage Center.  She became a loyal supporter of the Bismarck Mandan Symphony Orchestra.  She loved her home and garden on West Coulee Road, the site of many joyous family gatherings and Sunday dinners.

In lieu of flowers, memorials may be given to the Bismarck United Church of Christ or a charity of your choice.