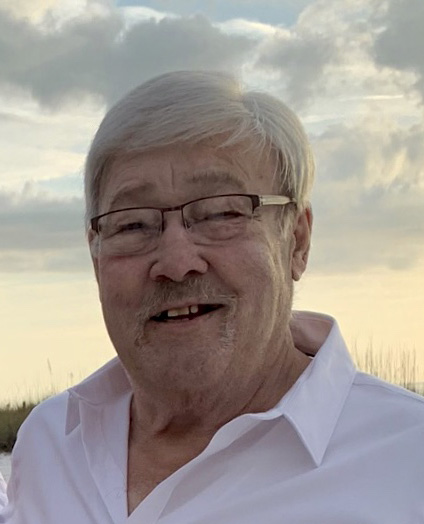 Posted at 18:11h in Uncategorized by kkbold 0 Comments
Share:

Lawrence (Larry) Francis Schell, 74, Mandan, died May 7, 2019 surrounded by his loving wife and children at Sanford Medical Center, Bismarck. Mass of Christian Burial will be held Monday, May 13, 2019 at 10:00 am, at Spirit of Life Catholic Church in Mandan.  Interment will be at the North Dakota Veterans Cemetery, Mandan.

Larry was born February 28, 1945 in Rugby, ND, the son of Peter and Barbara (Burckhard) Schell.  He grew up on a farm near Berwick, ND, the third oldest of 14 children.  He attended school in Berwick and ultimately graduated from Towner High School in 1963.  He was drafted into the Army in 1965 and served in Vietnam until 1967.  Larry returned home from Vietnam and married his sweetheart, Judith Turner on April 22, 1967. They moved to Watford City where they were blessed with and raised their five children.  Larry initially worked for Texaco Oil Co., but his entrepreneurial spirit quickly took over and he ventured into the construction business and eventually started his own general contracting company, Schell Construction. If you knew Larry, he was always selling something and proud of growing his business. He also developed and owned a restaurant and several convenience stores in North and South Dakota. Larry was never one for sitting around. He was always busy whether with work, his family or in his community. He served as a volunteer fireman in Watford City, was a member of the Catholic Church Council, Knights of Columbus, Jaycees, the American Legion and the Fraternal Order of Eagles. Larry loved to cook for his family and friends and if you were one of the lucky ones, he was quick to offer you pigs feet, headcheese or Knoephla soup.

Larry and Judy moved to Mandan in 2000 where he retired. As one of his last construction projects, he built their current home. Larry was very proud of his kids, grandkids and being a Vietnam Vet. He will be dearly missed by his family, friends and everyone who knew him.

He was preceded in death by his parents, sister Bernice, brother Kenneth and infant son.