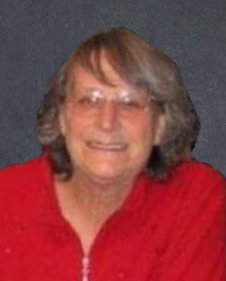 Posted at 21:10h in Uncategorized by staff 0 Comments
Share:

Judy was born on October 12, 1942 to Melvin and Katherine (Sinclair) Nelson in Catalina, CA.  Her family moved around southwest North Dakota following her father’s employment as an elevator manager, and then to Sterling where she met her future husband, Alvin.  They were married on December 19, 1969.  They lived on the family farm south of Driscoll, where they farmed and raised 3 daughters.  Judy had various jobs including bookkeeping and driving the senior citizen bus.  In 1986, she went back to college to get her accounting degree and became a CPA.  She graduated Suma Cum Laude from the University of Mary in 1989.  She went to work for the North Dakota State Tax Department.  After about 12 years there, she retired, and became treasurer at Grace Lutheran Church.  She spent the rest of her time with her grandkids, gardening, and hobbies.

Judy’s first battle with cancer began in early 2008.  She won that battle and a second cancer battle.  In 2020 she was diagnosed with cancer a third time but suffered a stroke before that battle began and passed away on January 20 at the Napoleon Care Center, surrounded by her family.

She is survived by her loving husband of 51 years, Alvin; three daughters, Elizabeth (Brent) Dahlstrom and Ellen Fried, both of Driscoll, and Peggy Fried of Bismarck; three grandchildren, Hilda, Lucas, and Grace of Driscoll; three brothers, John (Glenda) Nelson of Texas, Tom (Bunny) Nelson of Moffit, and Bill Nelson of Thief River Falls, MN; and several nieces and nephews.

Judy was preceded in death by her parents; her brother, Bob; and sister-in-law, Bonnie.