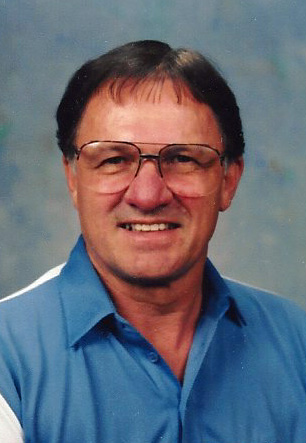 Posted at 15:49h in Uncategorized by staff 0 Comments
Share: 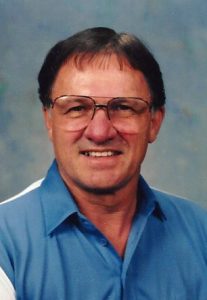 Joe Haag son of Frank and Rosina (Ternes) Haag was born on December 9, 1936, in Strasburg, North Dakota. He graduated from Hague High School in 1955.  He enlisted in the Army in 1956 and spent 17 months in Korea with the 516 Ord. Co.  Thereafter, he lived in Milwaukee, Wisconsin, for two years and worked at Babcock & Wilcox as a factory payroll clerk and expeditor.  He returned to North Dakota and worked as a barber in Bismarck and Minot while going to school to become a teacher.  In 1975, he obtained a master’s in education from the North Dakota State University.  He worked as an English teacher for two years in Williston, and for 27 years at Bismarck High School.  He retired in 1994.

Joe was very involved in his community. He was a member of the Education Association and many local clubs. He started and organized the Big Brother program in Bismarck and later served as the coordinator of the Missouri Valley Family YMCA’s Big Brother Program.  He had three Little Brothers of his own (Mike Bleth, Kevin Yineman, and Bob Landsberger).  He also volunteered at the Medora Foundation, Open Your Heart, and Hospice at Med Center and Sanford.

Joe loved hunting, fishing, camping, boating, gardening, reading, skiing and traveling. He was Treasurer for the Bismarck area ski club for several years and took many wonderful trips both nationally and internationally.  He was the fishing buddy and pontoon captain for his many nephews and nieces and their children.  He enjoyed going to the Hague Café for strudel and playing cards with family.  On occasion, he also liked to try his luck at the casino.

Joe is survived by four of his five sisters, Florence Dillmann, Bismarck; Johanna Schaefbauer, Gilbert, MN; Bernie Welk, Aberdeen, SD; and Cecilia Mueller, Bismarck.  He is also survived by his brother-in-law, Peter Glatt, Strasburg, ND, and his many, many nieces and nephews and their families.

He was preceded in death by his parents and his sister Phyllis Glatt.

Donations in memory of Joe may be made to the Open Your Heart campaign through the American Legion in Bismarck, North Dakota.  Open Your Heart is a Christmas charity that helps families in need living in the Bismarck area through volunteers and contributions of food and money.