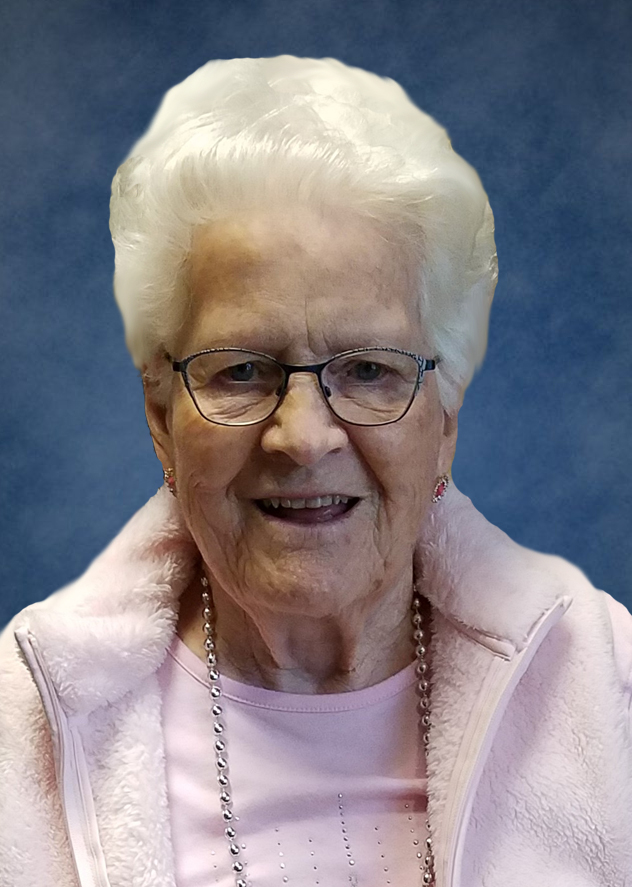 Posted at 17:32h in Uncategorized by staff 0 Comments
Share: 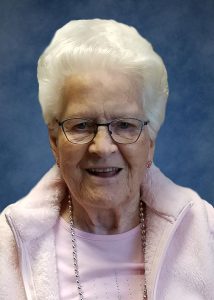 Jeanne will be interred at 1:00 PM at the North Dakota Veterans Cemetery, Mandan, joining her husband, Delton.

Jeanne was born January 11, 1926 to Henry and Signe (Engstrom) Danielson.  She grew up on the family farm, with her sister Jeanette, five miles east of Wilton, ND.  She attended country school through 8th grade and graduated from Wilton high school during WWII.  She joined the Cadet Nurse Corp and attended the Bismarck Hospital School of Nursing.  When she finished her training, the war was over so she opted for training in surgical and public health nursing to receive her RN degree.  After graduation she worked in public health nursing in McLean County.

She married Delton Wulf, from Garrison, ND on July 1, 1949.  They moved to Riverdale, ND where Delton was employed by the Corp of Engineers and sons Lennell and Jerry were born.  After the boys started school, she worked several nights a week at the Riverdale hospital and then the Garrison Hospital.  She returned to public health nursing and worked for the 1st District Health Unit in McLean County for 24 years.

Jeanne loved crafts and always kept busy.  She baked and decorated cakes, sewed clothing for the family, knitted, crocheted, and painted many pictures.  She took swimming lessons and became a Red Cross certified swimming instructor.  She then helped teach swimming lessons for many years at the Riverdale pool.  The family had a wood and fiberglass boat and trailer built by Delton and spent many years on the lake where Jeanne loved to water ski and swim with family and friends.

After Jerry graduated from Riverdale HS, Jeanne & Delton moved into a new home that Delton had built along the north shore of Lake Audubon.  After retirement they enjoyed traveling and spent winters in Arizona.  Eventually Jeanne & Delton moved to Bismarck.  After Delton passed in 2011, Jeanne enjoyed attending McCabe Methodist services and bible study.  She spent her remaining years at Touchmark and finally at St. Gabriel’s Community.

Jeanne was preceded in death by her parents, husband Delton & sister Jeanette Adamyk.

A recording of the service will be posted here.