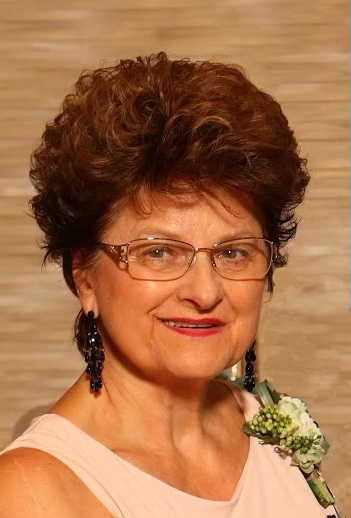 Posted at 18:11h in Uncategorized by staff 0 Comments
Share: 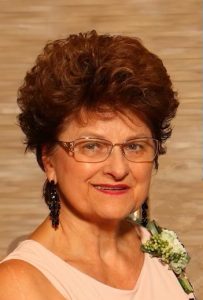 A Mass of Christian Burial will be on Friday, January 8, 2021, at 12:00 p.m. at Church of St. Anne, Bismarck.  Visitation will be on Thursday, from 5:00 p.m. until 7:00 p.m., at the Bismarck Funeral Home with a Rosary and Vigil service at 7:00 p.m.  For those who cannot attend the services, they will be streamed live on the Bismarck Funeral Home Facebook page.  Burial will be at the North Dakota Veterans Cemetery, Mandan.

Jane was born September 12, 1942 to Norbert and Christine (Kostelecky) Jirges at St. Joseph Hospital, Dickinson, ND. She was the second of seven children and grew up on the family farm sixteen miles northwest of Dickinson.

Jane attended St. Peter and Paul Grade School in New Hradec, ND through eighth grade. She completed her freshman year through correspondence school so she could stay home to help her mother. Jane boarded at St. Mary’s High School, New England, ND for her sophomore year. During her junior and senior high school years, she boarded at Good Counsel Academy, Mankato, MN and graduated in 1960. After graduation, Jane lived in Dickinson and was employed at St. Joseph Hospital, Kings Super Value and White Drug. On July 27, 1966, Jane married Randoll J. Jahner at St. Peter and Paul Catholic Church in New Hradec. They were blessed with four children: Grace, Annette, Randy and Ryan.

After residing in Dickinson for a short time, they rented a farm and were dairy farmers near Regent, ND. In 1970, Jane and Randoll “Randy” moved to Lemmon, SD. They co-owned and operated the Nodak farm supply store. During those years, she also worked at other jobs. After the store closed in 1990, Jane was employed at Wheeler Manufacturing Company for 18 years, then she retired. In the early 1990s, Jane and Randy built a house and established a hobby farm three miles east of Lemmon. She raised chickens, grew a large vegetable garden, helped with putting up hay, working with cattle and had several riding horses. During their years in Lemmon, they were parishioners at St. Mary’s Catholic Church and Jane served as a reader and Eucharistic Minister. In May 2013, Jane and Randy moved to Edgewood Village in Bismarck, ND.

Throughout Jane’s life, she canned and preserved garden vegetables and fruit, and raised beautiful flower beds, especially roses and house plants. She kept busy with many hobbies including stitchery, quilting, painting, embroidering dish towels, scrapbooking photos into albums, worked on family history and compiled a Jahner book. Jane enjoyed baking and always had goodies on hand for visitors; a family favorite was caramel rolls. Her activities included league bowling, playing cards (pinochle) and having many rummage sales. Jane especially loved viewing and listening to recordings of Polka Joe and Molly B, traveling to polka fests and dancing to old time music (polkas and waltzes). Also, Jane never went anywhere without her camera; she was always taking pictures!