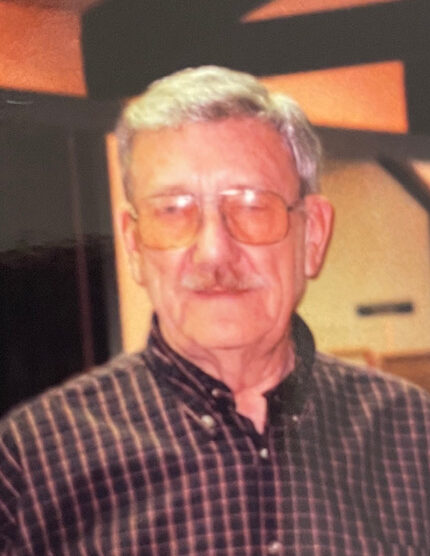 Posted at 17:11h in Uncategorized by staff 5 Comments
Share: 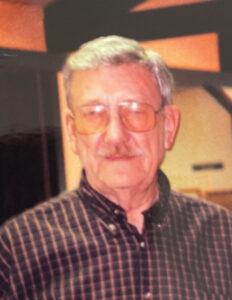 A Mass of Christian Burial will be held at 10:00 a.m., on November 14, 2022, at Corpus Christi, Bismarck, ND.  A livestream of the service will be available on the Corpus Christi website. Following mass, he will be laid to rest at the Veteran’s Memorial Cemetery.

Herman Carl Haas was born on April 12, 1931, to Joseph Haas and Eva Haas (Staat) of Lefor, North Dakota. Joe and Eva operated a farm and had eight children. Herman was the second eldest, and often worked for other farmers to help the family struggle through the depression. Herman would always remember the days of dust, grasshoppers, and hard work, and loved to tell stories of growing up in the 30’s and 40’s.

Herman was always proud of having served in the U.S. army from 1951 to 1953. He had the good fortune of serving overseas in Germany during the Korean War. Herman often told the tale of seeing war-torn Europe less than a decade after WWII had ended. He also loved to tell the tale of ocean crossings with stormy seas and sick passengers.

Herman married Luella Martin on June 21, 1954. He began to work for the agricultural stabilization and conservation service in Dickinson ND and was soon transferred to Carson ND as manager of the local office. Herman worked as County Director in Grant County until he accepted promotion to District Director in 1982. Herman enjoyed his management job, helping farmers navigate the federal bureaucracy. He took many courses to improve himself and developed a love of public speaking having taken the Dale Carnegie course. He retired from the ASCS office in 1989. Herman retired to two jobs; he was a real estate broker/salesman and served as mediator for the North Dakota Department of Agriculture. He enjoyed this as well, trying to bring parties together to save family farms.

He loved fishing and got a deer (twice) with his boat. Herman was disciplined man, achieving complete sobriety in 1973. He and his wife Luella loved to spend almost every Saturday night ‘out on the town,’ at various eating establishments — for 30 years.

He is preceded in death by his daughter, Lynn (Haas) Schipper, his brothers Frank Haas, Johnny Haas, and David Haas and his brothers-in-law Leonard and George.

So sorry for the loss of Uncle Herman. I always have fond memories of him when we came for a visit.

So sorry for your loss Glenn. My deepest sympathy to your Mom and family.

Uncle Herman was so funny. He used to have conversations with me and tease me in a good way when I was little. I was proud of him for standing up for farmers. He came to visit us a number of times and I always looked forward to his visits. I remember going to DC with him and his family and we sat in on a session of Congress. It was so cool. One time we all went to New York City and Glen, Donn, and Dean were so fascinated with the tall buildings. We did lots of fun and interesting things with Uncle Herman..
I’m sorry for his loss. I miss Aunt Luella, I’m sorry for your loss.

Uncle Herman always had a way to make you smile and laugh. Sorry for your loss Aunt Luella, Dean, Donn, and Glenn. He will be sorely missed.

Sorry for your loss Aunt Luella, Dean, Donn, & Glenn. Uncle Herman was always quick with a smile and able to make anyone laugh. He and my dad were two peas in a pod when they got together and would entertain anyone around with their sense of humor.
I am also sorry I wasn’t there in person but I am glad I was able to watch the service live stream.
My thoughts and prayers are with you.