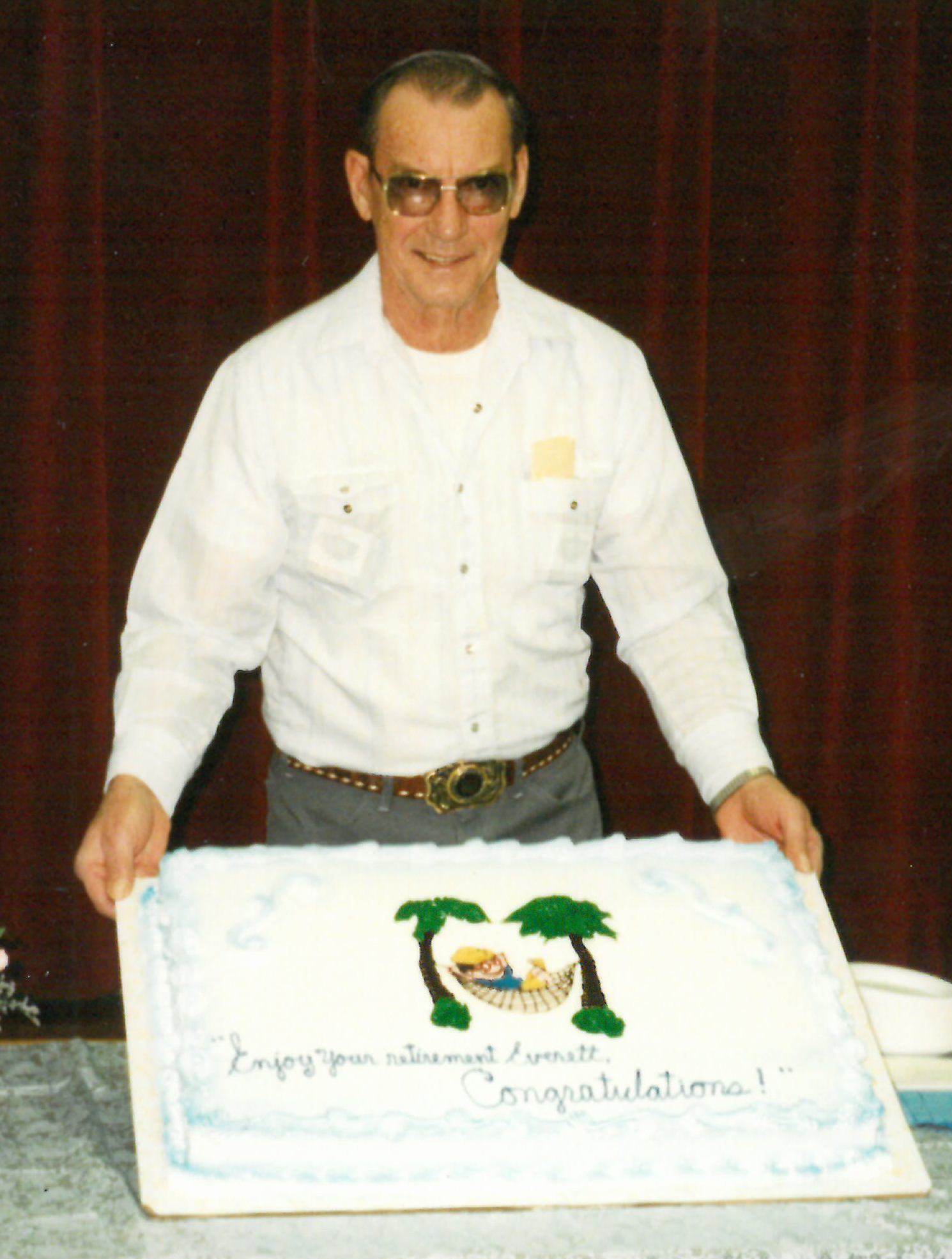 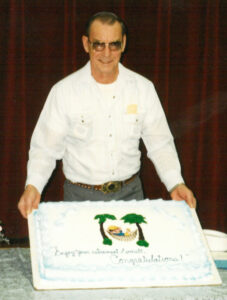 Everett was born on January 31, 1936, at Alfred, ND to Adam and Helen (Radach) Holweg.  Everett’s dad (Adam) passed away when he was six months old.  Later in life his mom remarried Fred Hendrickson.  Everett attended school in Alfred until they moved to Steele.

Everett worked construction for Elmer Trautman where they built houses in Highland Acres, he also helped build the Bell Tower at Mary College.  Everett also worked for Wendy Sherr and helped build houses on north Washington St.  Later he got a job working for the state.  He worked in the boiler room, mowing lawn, carpenter, and painter.

Everett retired in February of 1998.  He and Linda decided to move to Hazelton, so they bought Darwin Opp’s trailer and moved down from Bismarck in 1999.  In 2001, they bought Herman Gimbel’s house where they presently reside.

Everett was a member of the Moose, Moose Legion and AARP.  He loved to play guitar, working with wood and fixing things before his stroke.  He enjoyed watching the DVDs from Country Family Reunion, camping with friends and fishing.