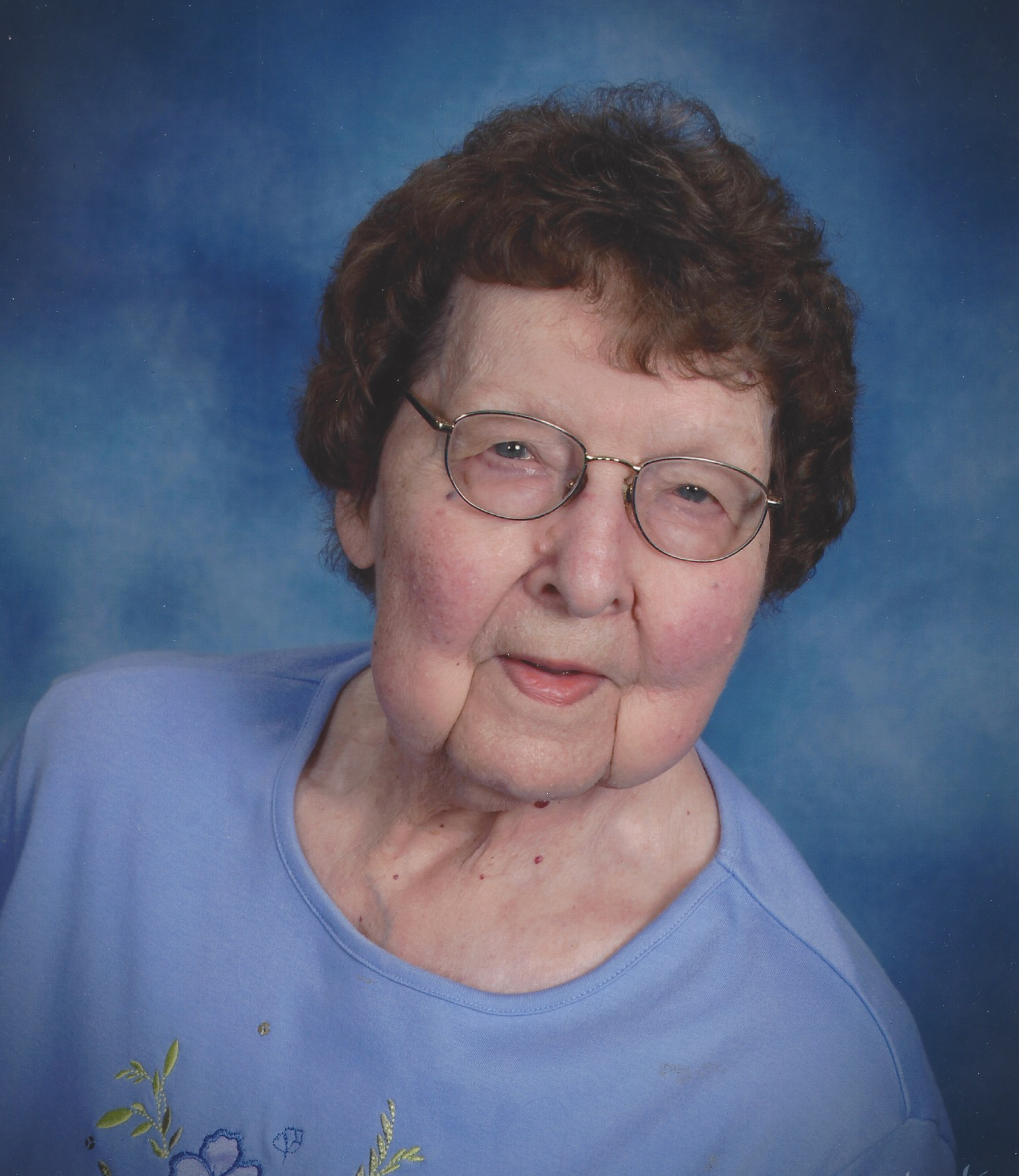 Posted at 18:15h in Uncategorized by staff 0 Comments
Share: 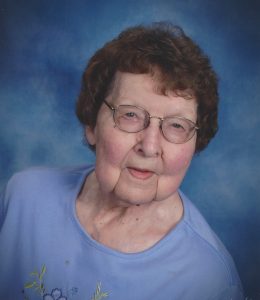 Elaine Edna Wright, 96, passed away on March 11, 2021 at St Alexius Medical Center. A fall in mid-February, subsequent surgery and a short stay in a rehab facility led to succumbing to her age and trauma. She passed peacefully in her sleep. No more pain, thank God. Burial has taken place and a Celebration of Life will be held at a later date, when it is safe to travel and gather.

Elaine was born in Ada, MN on November 11, 1924, the eldest child of William Emil and Helen Amanda (Bjorem) Eckhoff. She was raised in western Minnesota and graduated from Ada High School in 1943. After graduation, Elaine moved to Glendive, MT where she was trained as a butcher at a local grocery store. While living in Glendive, she and a friend set out on a great adventure. They traveled by cruise ship to Europe. While there, she was able to visit a relative in Germany. She kept a scrapbook with pictures of their travels. Elaine was always game to travel including the annual Mother’s Day trip to Medora and numerous trips to see her daughter in Chicago and later Boston.

While Elaine lived in Glendive, she met the love of her life, Clyde Wilson Wright. They married on February 6, 1953. Glendive is where they celebrated the birth of their first child, a daughter, born in 1954. Shortly after, they moved to Mandan, ND and welcomed a son in 1957.

While in Mandan, Clyde and Elaine were members of First Lutheran Church. For many years, they volunteered tirelessly, ushered, taught Sunday School and vacation Bible School, served on church council, assisted with communion, attended bible study, worked at church bazars, served for weddings and funerals, made countless pans of bars and cookies, and remained active in circle. Later in life, Elaine worked with the other quilters to make hundreds of quilts each year to be sent to Lutheran World Relief. In addition, she made quilts for family as gifts. Treasured handmade gifts of love.

Moving to Bismarck in 1965, Elaine was a stay-at-home mom until her kids were older. She then began housekeeping for other families until April of 1974 when she went to work in the dietary department of St Alexius Hospital. She was a very talented baker and while at St A’s also honed her cake decorating skills. Her beloved Clyde died in 1983 and she continued working at the hospital until retiring in 1990. Elaine made many lifelong friends while working, including many of the Sisters who she remained in contact with up until her passing.

Even in retirement, Elaine remained active until physically no longer able. She was fiercely loyal in her relationships with God, family, and friends. She was always ready to lend a hand or volunteer. When she could no longer lend a hand physically, she continued to send money to her church and numerous charities, even though she had never been a person of means.

Elaine was a voracious reader, always sure to have another book lined up.  She loved television game shows, especially Jeopardy. She did several crossword puzzles daily and remained mentally sharp.

She was an excellent cook, even though her Norwegian heritage prevented her from ever taking real credit. She was a superb lefse maker to the delight of her family and friends When she was younger, she always had a large vegetable garden and canned a lot of her crop. Her pickles were legendary!

As the matriarch of the family, Elaine was the kindest, hardest working person, loved by everyone she knew. Generous in spirit, always upbeat, optimistic, and warm, she cared for everyone. She loved animals and children. She was never critical. She was the moral compass for her family.

Elaine is survived by her daughter, Deborah, Lowell, MA; son, Brad, Bismarck; brother, Arlen Eckhoff, Mandan, and many nieces and their families in TX and MN.

She was preceded in death by her husband, Clyde; sister and brother-in-law, Marlys and T.W. Jean and many friends.

The family asks that memorials to be sent to Elaine’s favorite charities, the Salvation Army, St Jude’s, or the Humane Society, or a charity of your choice. There are so many in immediate need.

Our world is turning a little slower today. Rest in Peace. Go with God.