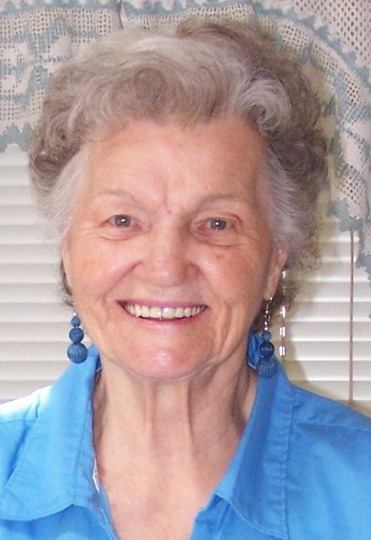 Posted at 21:29h in Uncategorized by staff 0 Comments
Share: 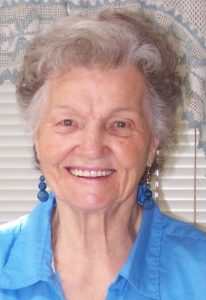 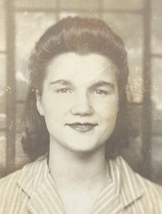 Dorothy was born on May 18, 1925 in Madison, SD, the daughter of Walter and Lydia (Bolhman) Callies.  She lived and went to school in the Madison area

until as a young adult she moved to Minnesota.  She met and married her first husband, Reinhold (Reiny) Rittel while in Hinckley, Minnesota and began rearing their family while operating a dairy and turkey farm.

Dorothy has lived in Bismarck, ND since 1951 when the young family moved here. After Reiny suddenly died, Dorothy found herself a widow with little children to bring up.  For more than a decade she worked at various jobs, chiefly with housekeeping or waitressing, sometimes two or three at a time to make ends meet.  Her employment included Armour Creamery and Poultry, Q&R Clinic, American Legion, Red Owl Bakery, the VFW, and private homes.  She met Joseph Goetz and they later married in 1967.  Joe passed away 13 years later, leaving Dorothy a widow for a second time.

Dorothy enjoyed and participated in a wide variety of interests, but her faith and her family were first and foremost.  She had a simple, but strong faith and love of God, and knew He loved her too.  She maintained a practice of praying for the safety and welfare each of her children and grandchildren every night before falling to sleep.  It is apparent that God has honored her prayers.  Because of her guidance and hard work, all eight of her children graduated from high school and college and became successful, productive adults.

While she was very independent and decisive, her family was paramount – as evidenced by the plethora of family photos throughout the house!  She was generous to a fault, willing to help or give a lending hand wherever needed.  Holidays and birthdays were always celebrated, and traditions created.  For example, Christmas was a huge event with scores of gifts piled under the tree for all family members, the house decorated, and cookies and candies made.

She had a green thumb and spent much time in her yard and garden growing, then canning or freezing vegetables (her dill pickles and salsa became mainstays!).  Dorothy was skilled with the sewing machine and embroidered beautiful towels and pillowcases and made several quilts.  She also did a variety of crafts.  One of her favorite activities was her legendary Garage Sales which involved much time from the whole family.  In addition, she was a great cook and would prepare ‘favorite dishes’ for kids and grandkids when they came to visit, such as pan noodles, chicken pot pie, liver and onions, rhubarb cake, sour cream rolls, banana bread and others. (She kept a supply of bananas on hand, and many a family member experienced having a frozen banana fall out near their toes when opening the upper freezer door!)  The supposedly ’non-producing, ornamental’ apple tree in her front yard yielded bushels of apples each fall, so she made hundreds of apple pies and jars of applesauce!

Dorothy loved adventure and traveling too. With her large extended family, she was able to traverse many parts of the US, including: the Dakotas, Minnesota, California, Florida, Wisconsin, the Carolinas, Idaho, Montana, Nevada, Kansas, Missouri, Texas, Colorado, Washington, DC, as well as Canada, Mexico, and a cruise to the Bahamas as she attended milestone events such as graduations, weddings, births, or funerals.  She also was an avid fisherwoman and fished many lakes, rivers and even in the deep sea during her travels.  If found on a beach, she could not resist looking for seashells!  Dorothy was also careful about her appearance and ‘never left home without her earrings’ –even coming back in the house to put on a pair if she got in the car without them.

A passionate retirement pastime was watching football on TV.  Family members had to ‘be quiet’ when she watched her favorite team or player.  Another strong interest in her later years was gambling.  She was up for a trip to Prairie Knights Casino at the drop of a hat (or a dollar!).  Her hobby collections included tea pots, dolls, Betty Boop memorabilia, and Snow Babies at Christmas.  Dorothy kept busy with puzzles, adult coloring books, crosswords, and solitaire on the iPad.  She was a competitive player.  In earlier years, she hosted Whist and Canasta card games at her house; and as kids and grandkids grew, a ‘must play’ game was Train (with dominoes).

In addition to her parents and husbands, she was preceded in death by her eight siblings and daughter-in-law, Tracy Arndt (Bruce) Rittel.

The family wishes to thank the special care and concern given by the medical professionals in her last weeks.

Her family and many friends will miss her dearly.