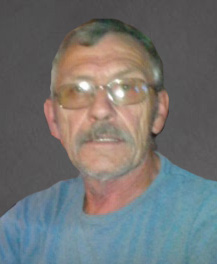 Posted at 18:42h in Uncategorized by staff 0 Comments
Share:

Donald Schmalenberger, 68, Mandan, passed away on August 9, 2020 at his home, after a courageous fight with cancer.  Cremation has taken place and a private family service will be held.

Don was born June 26, 1952 to Arnold and Isabel (Bleth) Schmalenberger.  He was born in Glen Ullin, ND and was raised and educated in Mandan.  In the summer months he would work on his uncle and cousin’s farms.  He later went on to work for Bruce’s Mobile Home Service for many years.  He married Donna Schwinkendorf and together they had three sons.

Don enjoyed fishing, hunting, and having a good laugh with friends.  He was always known to tease his grandkids and joke around with them.  He was also ready and willing to help his boys tackle a project and lend a hand to anyone without needing anything in return.  Don had a “Spitfire” attitude all the way to the end.

He was preceded in death by his parents, Arnold and Isabel.

In memory of Don, his boys ask that you have a Bud Light & Clamato or a BlackBerry Seven, raise your glass, and honor him.