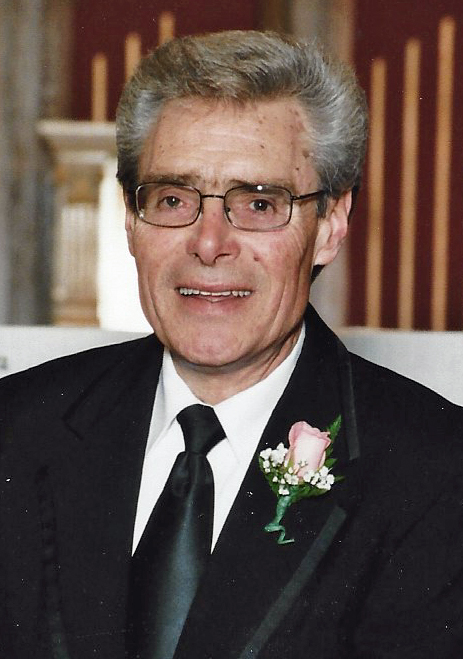 Posted at 19:23h in Uncategorized by staff 0 Comments
Share: 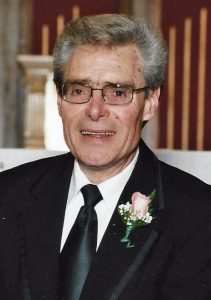 Donald George Wald was peacefully welcomed into Heaven on February 10, 2021, surrounded by his loving family, after a brief illness.

A Mass of Christian Burial will be held at 11:00 AM on Monday, February 15, 2021 at Pro-Cathedral of St. Mary, Bismarck, ND. Burial will be at St. Mary’s Cemetery. A Livestream of the Service will be available on the Bismarck Funeral Home Facebook page.

Don was born on October 25, 1946 to Sebastian and Cecelia (Jund) Wald in McIntosh County, ND. He attended school in Zeeland, ND and worked on the family farm. He went on to earn his Bachelor’s degree from NDSU, majoring in Economics. Many remember Don playing bass with the Midnighter’s and rocking the “South Central” area of North Dakota.

On September 3, 1966, Don married Nancy Zick and together they raised their two children, Michael and Robin in Bismarck, ND. Nancy passed away in 2002, after a hard-fought battle against breast cancer.  On April 12, 2004, Don married Julie Heinrich, joining two families, and raising their grandchildren Kyler and Kaya.

Don had a tremendous work-ethic. Don worked for the North Dakota State Library, ND State Tax Department, Basin Electric, and HIT Inc.  Don was a devoted advocate for the rights of people with disabilities throughout his life – always believing in people’s abilities.  He dreamed of making a real difference in people’s lives and established Support Systems, Inc. in 1997. People would live in and be full members of their communities with the services from Support Systems Inc.  Over the past 24 years, he has promoted the independence for hundreds of people across the state and mentored the employees of Support Systems, Inc. to be their best.  We will keep his dream alive and continue to make a difference every day.

Hockey was Don’s lifelong passion, beginning with his son, Mike’s years of playing and coaching and his daughter, Robin as a figure skater.  He’s remembered for getting into the concession stand during early morning practices and brewing up coffee and hot chocolate for the parents and players.  Don’s passion for hockey has been passed down to many of his grandchildren and he loved being at the rink helping to coach their teams, tie skates, encourage players to work hard and have fun. He was Megan, Haley and Kyler’s biggest cheerleader! He will be greatly missed by his hockey family.

He was devoted to his strong Catholic faith as a member of St. Anne’s and then St. Mary’s Catholic Churches, ushering and giving his time and talent wherever needed.

Don was preceded in death by his parents, Sebastian and Cecelia Wald and daughter, Shana Heinrich.

In lieu of flowers, please consider a donation to the Bismarck Hockey Boosters.