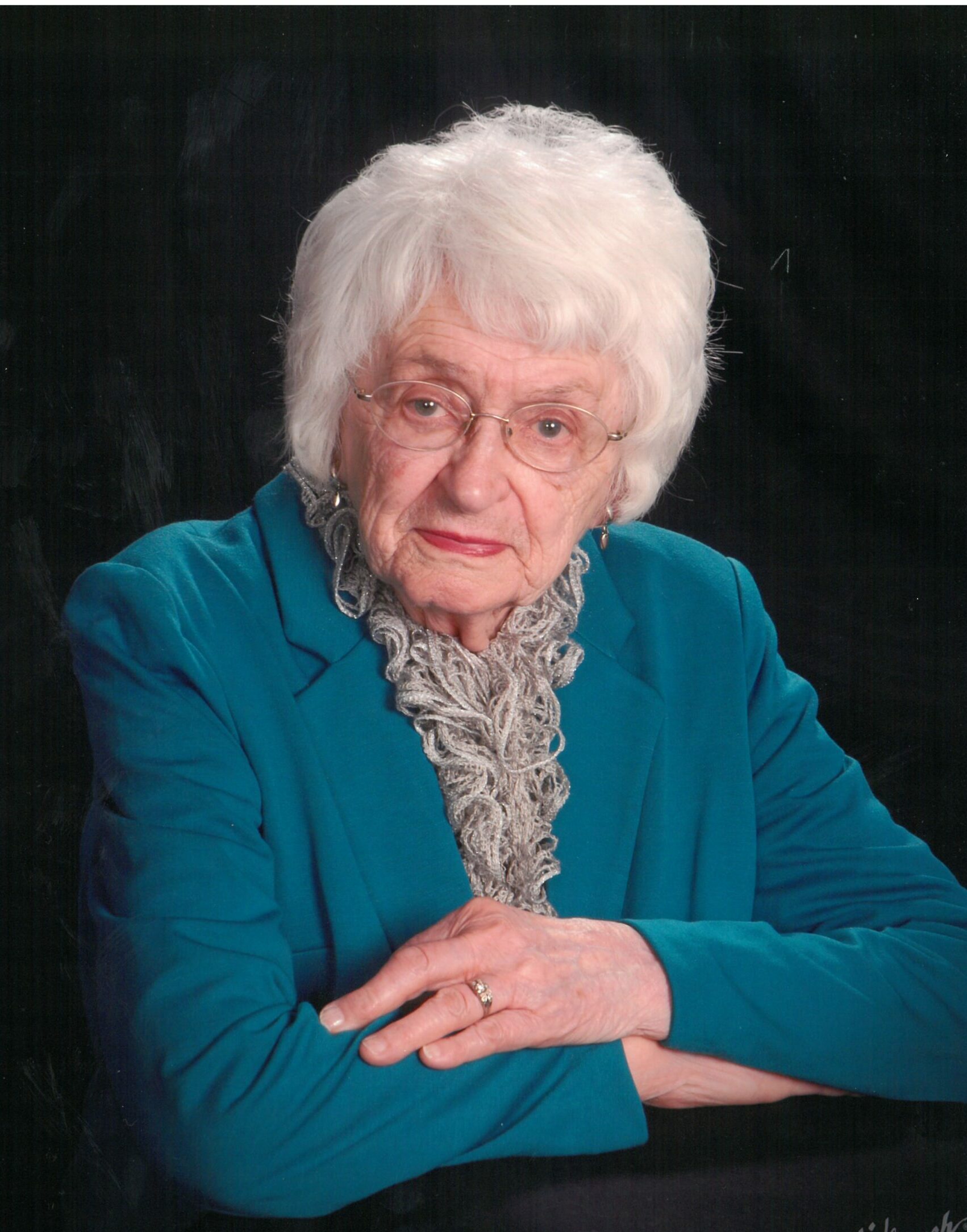 Posted at 20:37h in Uncategorized by staff 8 Comments
Share: 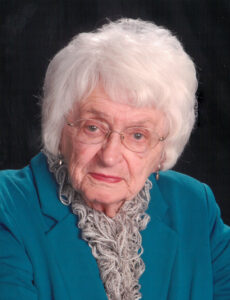 A funeral service will be held at Bethlehem Lutheran Church in Wing, ND on Saturday, November 20, at 11:00 AM. Burial will be at Wing City Cemetery.

Claudia was born on November 1, 1925, to Emanuel and Magdalena Mehlhoff near Hosmer, SD. She attended a one-room schoolhouse and later moved to Leola where she finished her schooling.

She married Edmund Burrer on June 19, 1949, at St. Paul’s Lutheran Church in Leola. They farmed small grains and dairy near Hosmer until 1966 when they bought a farm 10 miles north of Wing. In 1982, they bought their retirement home 5 miles north of Wing. After Edmund passed away in 1992, Claudia continued living there until September 2021 when she moved to Prairie Pointe Assisted Living in Bismarck.

Claudia helped with the farming and daily dairy chores, and enjoyed quilting, embroidering, and baking (kuchen, and many bismarcks for benefits). She was an active member in the Bethlehem Lutheran Church where she served as quilt coordinator for 25 years and Women’s Church treasurer for 33 years and the Senior Center where she was secretary for 25 years. The Wing Homemakers adopted her as their official “grandma”.

She was preceded in death by her husband, Edmund Burrer; son, Gary; her parents; and brother, Ronald.

In lieu of flowers, memorials may be made to Bethlehem Lutheran Church.

The recording of the funeral service will be posted here.

To view the recording of the prayer service please click here.

A life well-lived. Deepest condolences to the the family.

Years ago, Claudia accompanied me on a trip from West Fargo to Wing. We had such a good visit. Since then, we have enjoyed a few visits at Wing. My deepest sympathy in your loss.

Nice lady! Good friend of my parents John & Catherine Fitzgerald. May God grant the family peace and comfort at this time of loss.

My sympathies to the family. May you have comfort and peace with the cherished memories you hold in your hearts.

Such a special lady. It was a better world with her in it. We loved having her just up the road. We enjoyed her bismarcks and kuchen and our visit with her. Our thought are with her family who she loved dearly.

Such a wonderful woman! She always had a smile for everyone. You will be missed, dear lady.

Such a wonderful woman. Her beautiful smile will be remembered by all who met her. She will be deeply missed. Prayers of comfort to her sweet family.

Brenda: Peace, Prayers and Blessings to you and your family. Not sure if you remember me from college. Loved you as a buddy. Take Care my lost friend. Shirley (Hummel) Snider