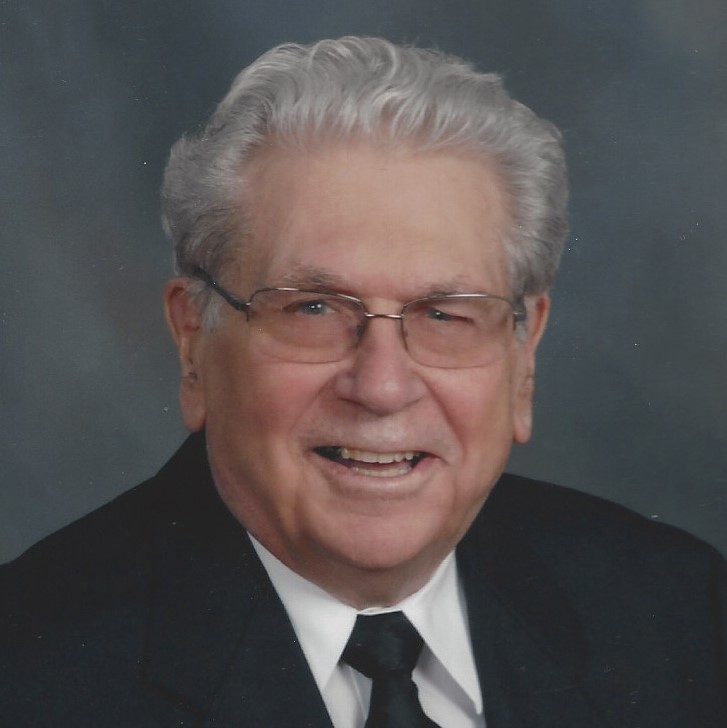 Posted at 22:28h in Uncategorized by staff 0 Comments
Share: 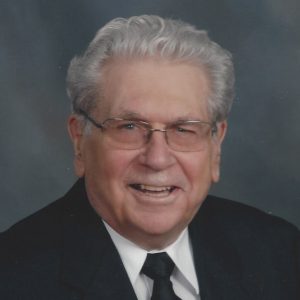 Clarence Wilhelm, 91, Glen Ullin, passed away Nov. 28, 2019, Thanksgiving Day, surrounded by his family. Mass of Christian Burial will be held at 10:30 a.m. CT, Friday, Dec. 6, at the Sacred Heart Church in Glen Ullin, with his son the Very Rev. Father Chad Wilhelm officiating. The Most Rev. John Folda, Bishop of Fargo, will be attending in choir. Priests of the Diocese of Bismarck and Fargo will be con-celebrating the Mass. Interment will be at St. Mary’s Cemetery, Bismarck.

Visitation will be held from 6 to 8 p.m. CT, Thursday, Dec. 5 at the Bismarck Funeral Home, with a rosary and vigil service to be held at 7 p.m.
Clarence Wilhelm was born April 28, 1928, the son of John and Frances (Schmidt) Wilhelm, on a farm in the Haymarsh area near Glen Ullin. When he was born, he was so tiny he fit in a shoe box. His mother said she kept him by the stove to keep him warm as she was “raising” her son like a loaf of bread. Clarence attended local schools and worked on the farm alongside his parents.
Clarence married Bernice Buresh on Oct. 20, 1955, at St. Wenceslaus Church in Dickinson. The couple made their home on the family farm/ranch/dairy operation 13 miles northeast of Glen Ullin, where they raised six children. The family moved to Glen Ullin in the winter of 1969, due to Clarence’s tractor accident and health.
Clarence spent two months in the hospital and required two years of rehabilitation, receiving treatment at St. Alexius, Bismarck; Dr. Devine, Oklahoma City, Okla.; and Mayo Clinic, Rochester, Minn. After his recovery, Clarence continued to farm evenings and weekends, while he worked full time for the Glen Ullin Farmer’s Union Oil Company for 8 years. He then moved on to work for the North Dakota Highway Department until his retirement in 1990.
Clarence was involved in many community events and was an active member of both the Glen Ullin Lions Club and the 3rd and 4th degree Knight of Columbus. He also enjoyed supporting the Glen Ullin Rattlers.
In 2011, Clarence and Bernice moved to Bismarck due to Bernice’s health and her passing later that year. Clarence continued to live in Bismarck and then moved back to his home town, where he spent the last 1½ years at the Marion Manor Healthcare Center.
Clarence lived with great courage and faith, displayed especially as he dealt with health issues from his farm accident until his passing. Clarence loved to socialize and was known for his flair for dancing polkas and waltzes. He and Bernice graced many a dance floor, spending those wonderful Saturday nights with family and friends. The couple also loved to play pinochle with friends. Their home was open to everyone, as many of his children’s friends also felt like part of the family. He was an avid collector of trinkets from local rummage sales, with his own curio cabinet to display those “beauty in the eye of the beholder” treasures. He especially loved his grandchildren and great-grandchildren, as they brought so much joy into his life.
Left to cherish his memory are daughter Jackie (Gene) Miller, Flasher; sons Curtis (Michael), Calistoga, CA; Clarence Jr. (Amy), Fremont, CA; Craig (Pam), Bismarck; Very Reverend Fr. Chad, Devils Lake; and Corey (Gina), Bismarck; his grandchildren, Lisa (Wayne) Rossow, Brent (Lisa) Miller, Jordan (Brittany) Wilhelm, Alexis (Chris) Joseph and Mary Beth, Sarah, Rachel, Cassidy and Bailey Wilhelm; and great-grandchildren, Kaydence Rossow, Scarlett Miller, Landry Wilhelm and expecting baby Joseph in 2020.
Clarence is preceded in death by his wife, Bernice; his parents, John and Frances Wilhelm; his sisters and brothers-in-law, Armella (Ray) Emineth and Lorraine (Ralph) Keller.
In lieu of flowers, memorials are preferred to the donor’s choice.