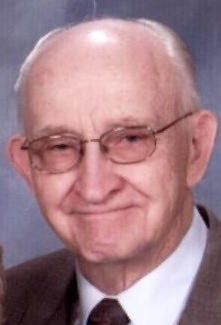 Posted at 17:26h in Uncategorized by staff 0 Comments
Share: 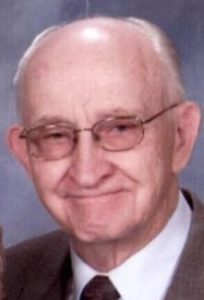 A private family ceremony will be held Friday, December 11 at 11:30 AM.  The service will be livestreamed on the Bismarck Funeral Home Facebook page and will be available on the Funeral Home webpage at a later date.

Clarence was born February 26, 1926 to John and Christina Salzer on a farm near Danzig, ND.  He was raised and educated in Ashley, ND.  After graduating he attended Wahpeton School of Science.  He served in the US Navy aboard the USS Consolation during WWII.

Clarence worked in partnership with his family in the plumbing, heating and excavating business until 1963.  He then continued to operate his own excavating business until 1976.  He and his wife moved to Lakota, ND where they owned a Coast to Coast store.  After selling the store Clarence and his wife moved to Bismarck where he worked at Sandvigs and several other businesses.

Clarence married Bernice Klein on September 4, 1949 at the Ashley Baptist Church.  They were blessed with three children.  He was a loving and devoted husband and father.

Clarence was preceded in death by his parents, wife, Bernice, his brothers Raymond, Eugene, John Jr., and his sisters Irene and LaVina.

In lieu of flowers, memorials may be made to McCabe United Methodist Church or the charity of your choice in Clarence’s name.