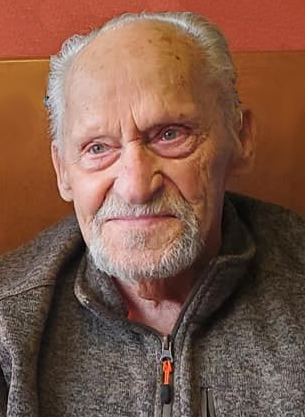 Posted at 18:52h in Uncategorized by staff 0 Comments
Share: 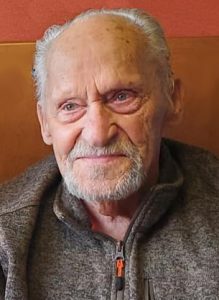 Before Charles “Bill” William Snyder passed away from COVID-19 on December 11, 2020 he said he wanted to take his nursing staff at St. Alexius in Bismarck to Denny’s to thank them for the wonderful care and he wanted one of his favorite servers so he could give a BIG tip. Bill liked his coffee hot and always tipped well for good service. He enjoyed chatting up and getting to know those whose paths he crossed.  He said,“You should always treat servers and custodians as if they were CEO’s because they’re the ones that get the job done.”

Bill spent 30 years as the business manager of the Williston School District and after retiring in 1990 he wore many different hats, including the manager of the Elks Club. People stopped to watch when he and his wife, Georgiene (Huggins) Snyder would waltz at the Elks and many other places because it was truly a thing of beauty when they would glide across the dance floor together.

He loved playing golf with his brothers-in-law and friends. Bill played his last game on October 12, 2020 with dear, younger, friends and shot the best score of the foursome. He had three hole in ones in his lifetime and his goal was to shoot his age, which he did many times. He fought against this horrendous virus for 36 days, all the while dreaming about getting back out on the course again.

He also wanted to spend one more day in his favorite place, his wood shop. He was a master craftsman who loved to work with oak. He and his ‘bride’ as he always called his wife of 45 years, built many of their homes including custom kitchens, doors, trim and more. Bill built something for almost every school in Williston, including the library shelves at Lewis and Clark Elementary, lockers for employees and cabinets for storage. He built cribs, cradles and dressing tables for each of his grandchildren that will be handed down through the generations as family heirlooms.

When his first grandchild was born 38 years ago he built her a darling child-sized Adirondack chair and continued to build many more over the years and give them away. When his first great-granddaughter was born he started building doll furniture. Since then he and Georgiene have given away Adirondack chairs and doll cradles and beds to the children and grandchildren of many restaurant servers, nurses and neighborhood children along with doll blankets crocheted by Georgiene. He had one chair in his wood shop that wasn’t quite finished when he passed and he tried so hard to beat COVID-19 to have one more day in his shop to finish it. Now his son-in-law, Bill Kay, will finish it in his honor. The smell of sawdust will always remind the family of Bill.

Bill was born in October 22,1932 in Van Hook, ND to Harrison W. Snyder and Gladys ‘Happy’ Whittier Snyder. He was Korean War veteran who served gallantly in the Army. He is proceeded in death by his parents; brothers Walter, Harry (Pat), Russell (Ginger), Kenneth and his sister Harriet Campbell.

He and Georgiene were long time residents of Williston, ND but most recently of Bismarck, ND. They were rarely apart and she even rode along when he golfed, even though she never played the game. They finished each other sentences and showed others what love really was about.

He is survived and greatly missed by his wife, brother Donald Snyder, (Greta) his three children, William (Joe) Snyder from Dallas, TX; Julie Snyder Kay and her husband Bill Kay from Williston, ND; and Jill Snyder Schafer and her husband Tom Schafer from Denver, CO. He inspired his grandchildren, Lacie White and her husband Shawn from Williston, ND; Edward (Trey) Schafer III and his wife Amber Schafer, Highlands Ranch, CO; and Lincoln Schafer and his fiance’, Lauren Rivington, Westminster CO.  His great-granddaughters Burkley and Brecklyn White spend hours playing with the doll furniture Great-Grandpa Bill made them. He touched so many and will be missed by all who knew him. Due to COVID-19, a service will be held in the spring. In lieu of flowers, if so inclined please make a donation to your favorite charity or to the North Dakota Veteran’s Cemetery in Mandan. But most importantly, please wear a mask in his honor.