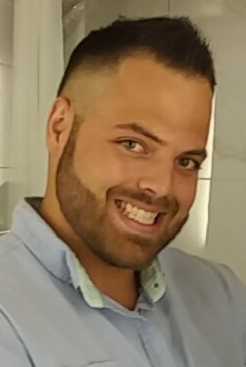 Posted at 20:49h in Uncategorized by staff 0 Comments
Share: 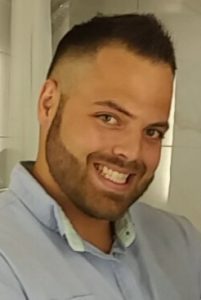 A Celebration of his life will be held at 2:00 PM on Thursday, April 15, 2021 at Evangel, 3225 N 14th St. Bismarck, ND. A Livestream of the Service will be available on the Bismarck Funeral Home Facebook page.

Cameron was born on July 15, 1993 in Bismarck, ND to Rod and Kim Azure.  On the day he was born there was a huge flood due to heavy rainfall.  At the age of 2 ½ he proudly took on the role of being a great big brother.  He was raised and educated in Bismarck, and was always a dedicated student, graduating from Bismarck High School in 2011.

At the age of 13 he found his passion for making and playing music.  He loved playing the acoustic and electric guitar, piano, and drums which he often serenaded his family with.  When he got his driver’s license at the age of 14, he got a job right away and became a faithful gym member, always working out.  Cam was adventurous, he loved skydiving, camping, riding motorcycles, skateboarding, being outside, and fishing.  His nickname became “Lucky” as he would always catch the most fish.  In his free time, he also enjoyed family movie nights, drawing, and going to concerts.  Cam even rescued a dog, Tupac, who quickly became part of their family.

Throughout school, he worked at many places including cooking at the Steak Buffet, Hooters, and Texas Roadhouse.  The day after graduation, he vacationed for 2 months and then he decided to get serious about a job.  He started his career with a 4-year apprenticeship program and became a journeyman Millwright where he continued to work for 9 years as he traveled to new places for his job.

Many things were important to Cam, with most important being family, friends and his pets too.  Our beloved son, brother, and friend will be missed by so many. His loving memory will live on in our hearts forever.

Cameron is survived by his parents; sister, Brianna Azure of Mandan, ND; brother, Brandon Straight, CO; and grandmother, Ruth Walsh of Bismarck, ND, as well as many aunts, uncles, cousins, and friends.

A recording of the service will be posted here.