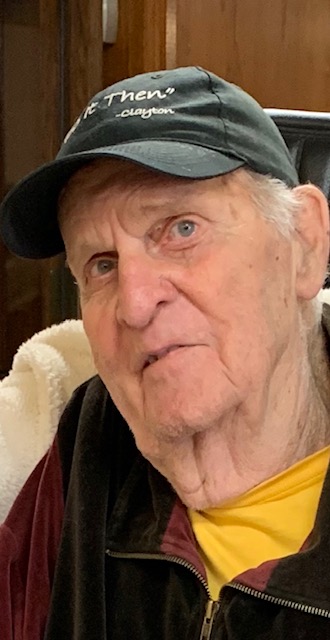 Posted at 16:35h in Uncategorized by staff 2 Comments
Share: 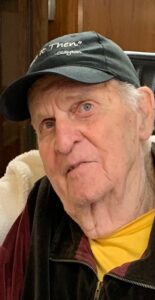 Burton always had a smile or a wave for you, and he would often follow those up with a “Hey, I got a joke for you.”  Handing out silver dollar coins to grocery store cashiers, mail carriers, and even strangers on the street brought him JOY.  He especially enJOYed giving his grandchildren $2 bills and even tipping restaurant servers with the same.  Physical possessions meant little to Burt; it was time spent with his family and friends that brought the sparkle to his bright blue eyes.  Burt was always willing to jump in when he saw an opportunity to lend a hand to someone, and it was those opportunities that made him smile.

He was deeply committed to his faith in his Savior, Jesus Christ, with his bibles being amongst the few possessions he had with him at the end.

Burton was preceded in death by the beautiful love of his life, Darlene, his grandson, Clayton Deraas, and his daughter, Barbara Schulz.

Burton is loved and will be missed by his daughters, Linda Deraas of Duluth, MN and Karen Daly of Bismarck, ND, eight grandchildren, and six great grandchildren.

A memorial service will not be held at this time.  But in fond remembrance of Burton, the family would ask that you jump in and lend a hand to someone.  Bring a smile to their face.

I am so sorry for your loss. I always enjoyed seeing Burton in the hallway at Missouri Slope when I went to visit my Mom. He always had a smile on his face and wanted to greet you with a hand shake or high five. Rest In Peace Burton 🙏

I was saddened to read of Burt’s passing. I hadn’t seen him in years. I enjoyed working with Burt at the Youth Correctional Center. He was a kind, gentle man! RIP Burt.