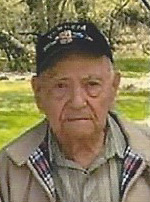 Posted at 19:23h in Uncategorized by staff 0 Comments
Share:

Bjarne Johan Frafjord was born on November 8, 1925 to Daniel and Rakel Frafjord in Stavanger, Norway.   He came to the United states in 1949 to Halliday, ND to work as a farmhand where he met his wife, Alice Biffert in the spring of 1953.  They were married on November 7, 1953 and were blessed with 66 years of marriage.

In 1963 they moved to Bismarck.  Bjarne was an avid woodworker and loved to spend time in his garage creating wood bowls and quilt racks for his family.  He was a dedicated family man.