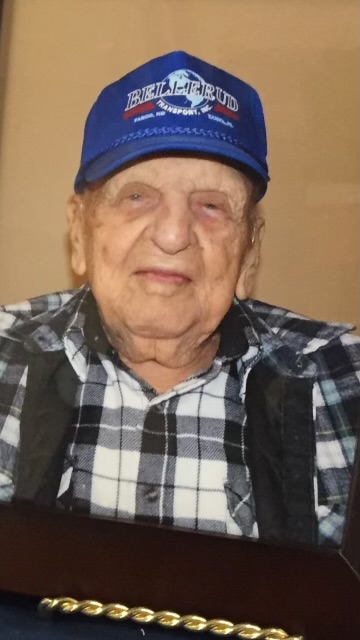 Posted at 18:28h in Uncategorized by staff 3 Comments
Share: 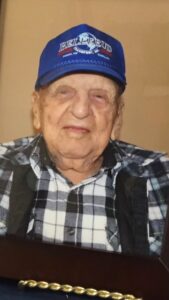 A celebration of life and visitation will be held at 10:30am, Monday, August 8, 2022, at Bismarck Funeral Home.

Burial will be at the North Dakota Veterans Cemetery, Mandan, ND.

He served in the Korean War from 1951-1953, honorably discharged and went back home where he started farming until the late 50’s. He then went to work for Grafton Milk Company. In 1966, he moved to Bismarck, ND and went to school for electronics and tv repair. He then went to work for Dakota Appliance where he later owned and operated it until 1994, when he sold it to his son, Kent Bellerud. He then moved to Montana, where he drove rental cars from one company to another.

His hobbies were collecting toy John Deere tractors and gardening. He also found enjoyment in painting and woodworking in his last two years at the North Dakota Veteran’s Home.

Mr. B will be missed…and remembered for a long time to come. The residents of the Veteran’s of the Veterans Home and the staff all enjoyed him, and I was a personal friend of B. We went on tours and activities together. But, we also know him as fun-loving and humorous. He loved nature and people. We already miss you B and we will see you in Heaven. James & Charles

FROM MR. B’S VETERANS HOME FRIENDS TO HIS FAMILY:
MR. B WAS A GREAT FRIEND TO ALL THE RESIDENTS OF THE LEGACY HOUSEHOLD WHERE HE LIVED AT THE VETERANS HOME. HIS HUMOR AND WIT WERE REFRESHING AND WELCOMED BY ALL. MR. B WAS OUR PINOCHLE LEADER AND WOULD RECRUIT PLAYERS FOR OUR AFTERNOONS OF CARDS. HE PARTICIPATED IN NEARLY ALL ACTIVITIES AND APPRECIATED ALL THAT THE STAFF WOULD DO FOR US.THANK YOU FOR SHARING HIM WITH US. GOD BLESS HIS MEMORY AND HIS LARGE AND LOVING FAMILY.
SINCERE SYMPATHY FROM MELVIN, DUANE, KURT, HENRY, KEITH, HENRY, STAN, JAMES, RICHARD, R. JON AND POLLY.
..

Kent and family, Sympathy and condolences to you. I always enjoyed dealing and visiting with your dad when he had the appliance business. He was definitely a people person, and treated folks honestly and respectfully. I can still hear his laugh. He will be missed.