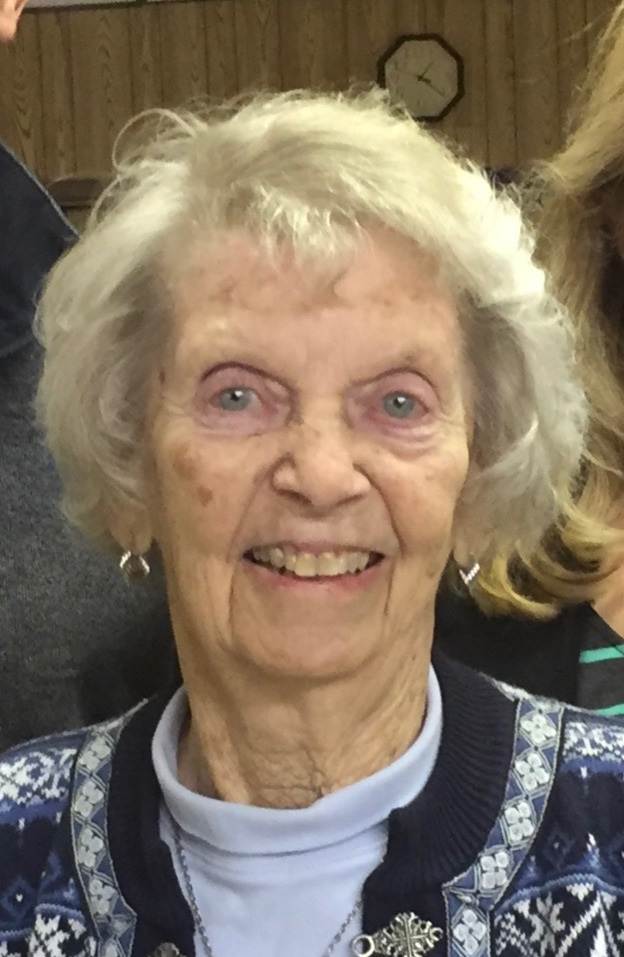 Posted at 18:30h in Uncategorized by staff 0 Comments
Share: 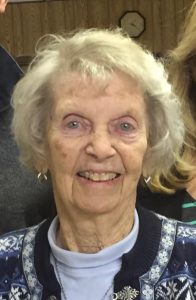 Alice Margarite Gaugler, 97, of Bismarck, died Dec. 24, 2019 at her daughter, Mary Jo’s home in rural Lake Park, MN with loving family by her side. Visitation will be held Sunday, Jan 5 at Bismarck Funeral Home from 5-8pm with a prayer service at 7pm. Services will be held at 10:30am on Monday, Jan 6 at Good Shepherd Lutheran Church, with the Rev. Bob Caranicas officiating. Burial will be held at 2pm at the North Dakota Veterans Cemetery.

Alice graduated from Lemmon High School and went on to attend Dickinson State College. After college, she accepted a teaching position at a one-room schoolhouse. WWII was going on and there was need for women in other fields of work. Alice answered the call and became a “Rosie” on the Liberty Ships in Portland as a shipyard welder. While there she was a plane spotter and also a Red Cross volunteer. Alice loved the adventure! After this, she moved back to ND, got married and was a homemaker on their farm in Adams County. After leaving active duty, her husband, Ralph, joined the ND Nat’l Guard and Alice loved being part of the military family. Ralph accepted a job at Fraine Barracks in Bismarck and the family moved off the farm. Alice and family were charter members of Good Shepherd Lutheran Church where she was a faithful member and volunteer for close to 60 years. Alice had a knack for hospitality! She could whip up a batch of chocolate chip cookies in 30 min. After her kids were gone, she invited neighborhood kids over to eat cookie dough. She hosted many people to sleep at their home, including gymnastics teams, a wrestling team, a softball team, and many extended family members. When a niece showed up to live with them, she opened her arms wide.  She started a themed Gaugler Gathering for her family every summer for 20 years where they had much fun and many great memories made! Some of Alice’s hobbies included many Bridge clubs, Tuesday Topics Study Club, 4-Leaf Cloverette 4-H Club leader, Homemakers club, WELCA, sewing, and high on her list was travel! Alice helped foster a sense of adventure in her family! She traveled to Norway, China, Indonesia, Iceland, Germany, Switzerland, Panama Canal, and throughout the US, among other places. Alice was the world’s best wife, mother, grandmother, sister, aunt, and friend! No one heard her say an unkind word about anyone.

She will be greatly missed by all!

In lieu of flowers, memorials may be given to ELCA World Hunger or Hospice of the Red River Valley.