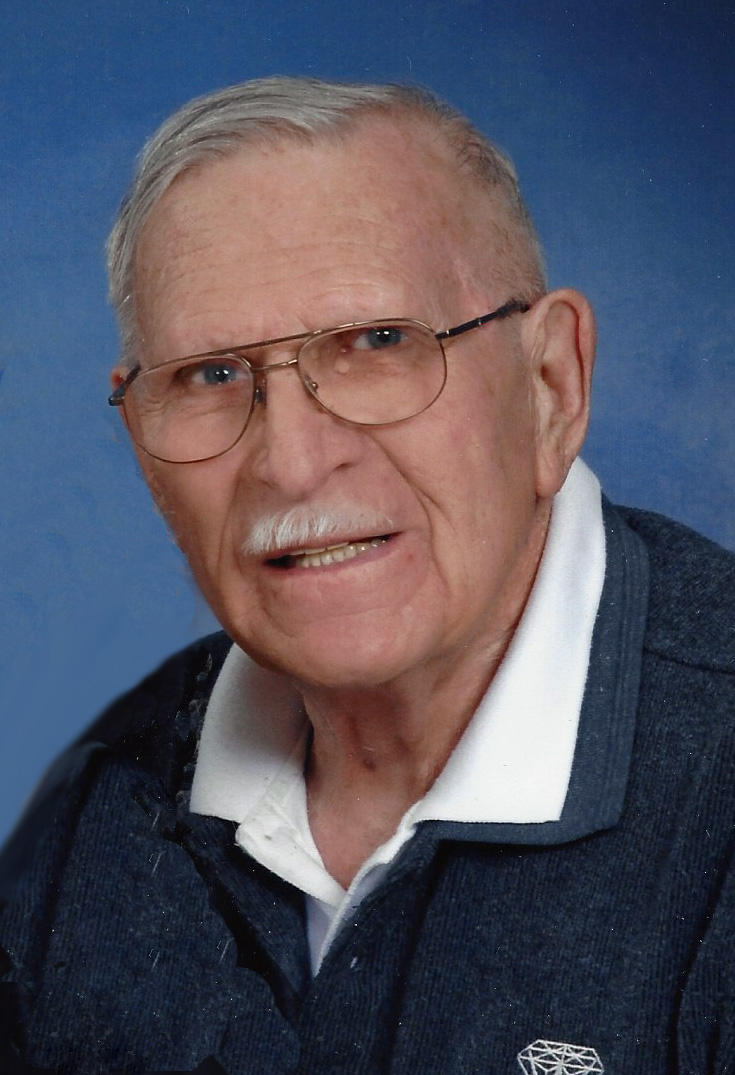 Posted at 21:56h in Uncategorized by staff 0 Comments
Share: 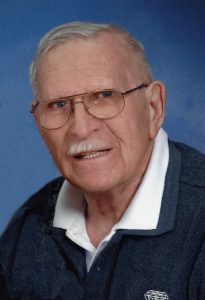 LeRoy was born on November 18, 1929 to Charles M. and Wilhelmina (Minnie Kriesel) Walker in Bismarck, ND.  He grew up loving the town of Bismarck and graduated in 1947 from Bismarck High.  After high school he attended Bismarck Junior (State) College and graduated in 1949 with a degree in pre-engineering.  At that time, classes were held on the 3rd floor of the  Bismarck High School building.  LeRoy was one of 13 original BJC alumni association board members when it was incorporated in 1961.

Upon completion from BJC, he attended University of Wisconsin, Madison, majoring in Chemical Engineering.  It was there in Madison, on a blind date at a church picnic that he met his future bride, Louise M Genschaw.  They were married on Feb 6, 1952.  After graduating from the University of Wisconsin with his chemical engineering degree, LeRoy was drafted into the Army, just 6 months into his marriage.  He spent his deployment in Maryland and Pennsylvania working on the flame thrower during the Korean conflict.  After his military obligation was fulfilled, he started working for Standard Oil.  In 1956 LeRoy jumped at the chance of a transfer to the Mandan, ND refinery.  LeRoy met many lifelong friends working there.

LeRoy loved his town of Bismarck and when he was getting transferred to another state, he quit the refinery.  He joined his father in his jewelry store, Walker’s Jewelry.  LeRoy was always full of big dreams and he had the ambition and work ethic to follow those dreams.  He loved being his own boss and bought out his father and expanded the jewelry store.  In the early 70s, the store moved to its current location on 5th Street.  LeRoy, with the help of his wife, children, and others, completely updated all the electrical, plumbing, and design.  He also changed the name of store to Walkers n’ Daughters Jewelers as all the children were involved in the store.  LeRoy loved to learn and became a Certified Gemologist from the Gemological Institute of America (GIA).  This title is the most highly regarded among peers in the jewelry industry, and LeRoy held the fastest time successfully completing the rigorous courses.

LeRoy continued to be active in his community.  He was a 3rd grade Sunday school teacher for over 45 years at Trinity Lutheran church where he was baptized and confirmed.  Somehow, he always seemed to get more rowdy boys in his class than all the other classes.  LeRoy loved teaching the children and they loved learning from him.   He stopped teaching after his youngest granddaughter, Jennifer was in his class, not realizing that he just missed out  on beating the pastor’s wife for most years taught.

LeRoy was a member of the Elks club for over 50 years. The running joke of the family was that the Elks was his second office.  He enjoyed playing many hours of cards there.  LeRoy also was an active member of the Republican Party.  He was the chair of Young Republicans, was Bismarck’s District 49 chairman in the 70s, and hosted fundraisers.  He was a Bismarck city commissioner from 1986 to 1990 where he enthusiastically lobbied for the downtown businesses especially parking.  He also continued to support Bismarck Junior/State College throughout the years.  LeRoy loved Bismarck and was the happiest just driving around and seeing the city and the newest changes.  After he could not drive, LeRoy would take the city bus around town just so he could continue to see his favorite city.

After many years of encouragement, LeRoy finally agreed to apply for the Honor Flight.  He always thought he did not deserve the honor since he never was sent overseas.  However, others thought better and he was chosen to visit the sites in Washington D.C.  So in October of 2019 he made the flight, his daughter and caregiver, Susan was his escort.  They were joined by his East coast granddaughter, Bethany.  LeRoy had the trip of a lifetime and continued to talk about the trip until his final days.

In the later years, LeRoy still loved to have his hand in the business.  He did have an extremely hard time giving up that control to the younger generation.

LeRoy was preceded in death by his parents Charlie and Minnie Walker, his sister Nadine Scott, his brother-in-law John Scott, his niece Jodi Scott Hicks, and his favorite aunt Frieda (Kreisel ) Gallea.

In lieu of flowers, the family has requested that remembrances be made to Trinity Lutheran Church in Bismarck or the Veterans Honor Flight of ND / MN.

The recording of the service will be here.