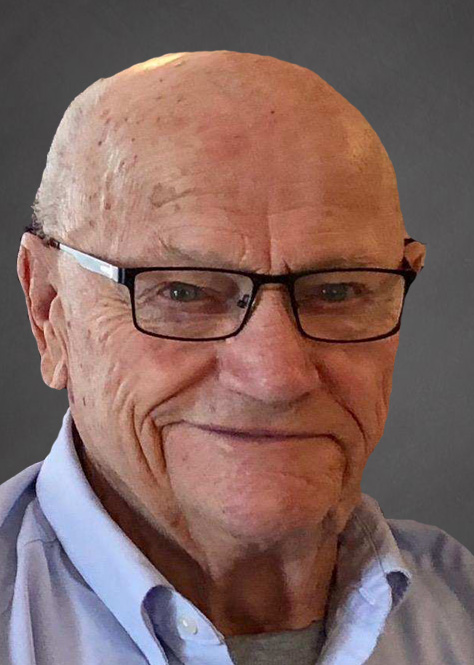 Posted at 14:14h in Uncategorized by staff 0 Comments
Share: 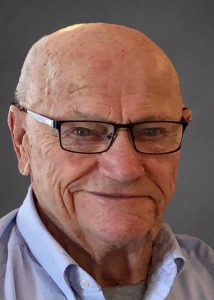 Douglas D. Jessen, age 87, passed away August 20, 2020, at St. Alexius Hospital in Bismarck.  It was 4 days before his 68th wedding anniversary with his wife, Charlotte Jessen.  Cremation has taken place, and there has been no funeral.  In the future when family members are able to attend, a memorial service will be planned.

Doug and his twin brother Don were born at Jamestown ND on January 10, 1933, to Chris and Reka (Beckman) Jessen.  With their three older siblings, the twins grew up in a closely knit family of grandparents, aunts and uncles, cousins, and close friends. The summer before their senior year in high school, the twins moved to Sebeka MN with their family.  There they both met their life partners, the loves of their lives.

Charlotte Stephenson and Doug Jessen were married on August 24, 1952, in Sebeka.  They moved to Fargo, then to Bismarck, ND, in 1954.  Their family grew to include 4 children, a stillborn infant son, and 3 grandchildren.

For more than 40 years, Doug worked for Johnson Controls, installing and servicing pneumatic temperature controls.  It was a perfect match for him.  He traveled and worked throughout North Dakota, as well as parts of Minnesota, eastern Montana, and South Dakota.  Everywhere he worked and stayed, he made friends. Whenever he went to a restaurant or public gathering, there were always people to shake hands with and say hi to.

Doug was proud to be a lifetime member of the Plumbers and Steamfitters Union, Local 300 (formerly 795).  He was a 50-year member of the Elks Lodge.  He loved hunting and fishing with his sons, brothers, nephews, cousins and friends. Always alert for rummage sales, he carried a big jar of change in his truck, ready to scoop up unexpected bargains.

Doug was an avid card player.  He and Charlotte played a few hands of 2-handed pinochle almost every evening, and they were longtime members of a couples’ bridge club of friends in Bismarck. Family get togethers often included intense games of pinochle.

Charlotte and Doug dabbled in the antiques business for several years.  Together they set up tables at flea markets and booths in antique malls.  They were members of the North Dakota Pottery Collectors Society, and they met many good friends through their collecting and selling ventures.

Sharing a love for travel, Doug and Charlotte visited all 50 states.  After retiring, they enjoyed 19 winters in Orange Beach AL on the Gulf Coast, with new and old friends, and relatives from both sides of their families.  They made many camping trips with their various trailers, and they loved spending time at casinos.

They made a new circle of friends at the Shooting Star Casino in Mahnomen MN.  Doug’s most exciting casino memory was the night he won a brand-new car!

A natural born storyteller, Doug, his sense of humor and his distinctive chuckle will be missed. He was loved by family and friends, and by the families and friends of his children and grandchildren.

In his last months, Doug was a resident at Missouri Slope Lutheran Care Center.  At the nursing home he discovered a deep love for art.  At age 87 he created his first paintings and craft projects.  When art classes and social activities for residents were cancelled, he turned to sketching and drawing in his room.